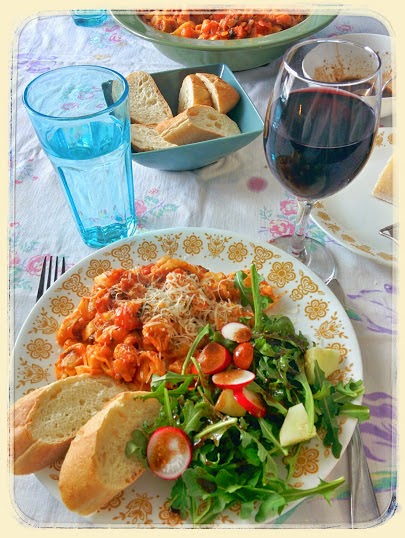 I guess it's not a secret that I'm a bit of a President's Choice product fan. Although we enjoy making our own fresh pasta from time to time, we also use many pre-made pasta and sauce combos for those days (or weeks!) when I have commissions due and little time to play in the kitchen. President's Choice is featuring their PC Fresh Pasta and jar PC Pasta Sauces right now and I wanted to see what all the hype was about. 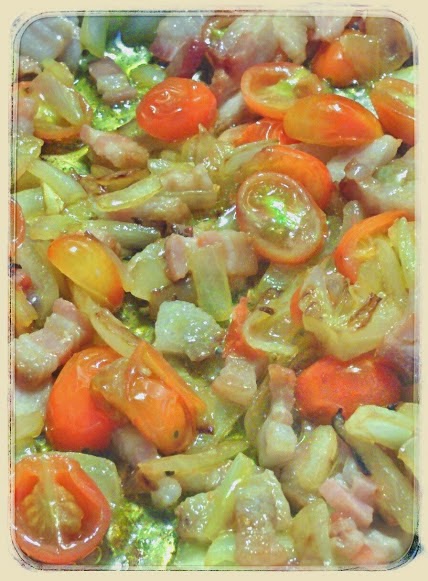 We can't help tinkering with recipes around here. Although the sauces are advertised to just open and use, I had to tweak a bit. I added some PC thick cut bacon cut into smallish pieces, some yellow onion, garlic and teensy juicy PC cherry tomatoes halved into the saucepan. I fried these on medium heat until they were cooked through. and then added the jar of PC sauce. 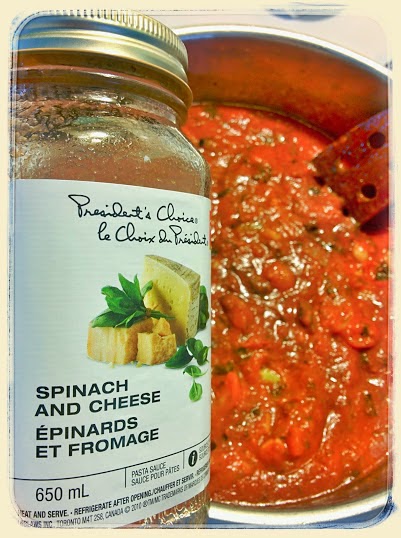 We chose the spinach and cheese sauce because it looked the most appealing. There were big pieces of spinach in there. It smelled delicious as soon as I opened the jar. I mixed the jar of sauce with the cooked ingredients in my saucepan and heated everything through. 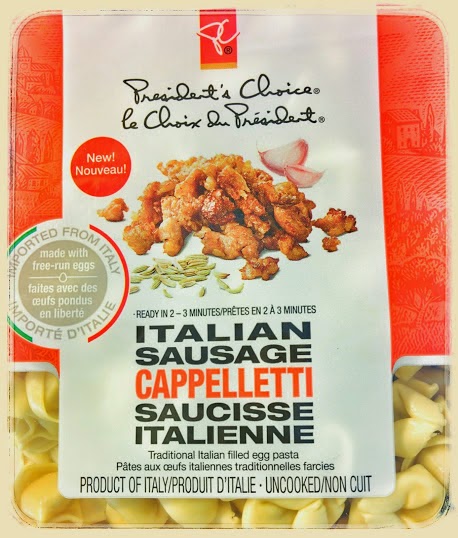 We picked the Italian sausage cappelletti. The PC site advises to serve this pasta with a simple olive oil dressing, but we wanted to get saucy. Next time I'll try a butter and sage dressing. This is seriously delicious pasta! 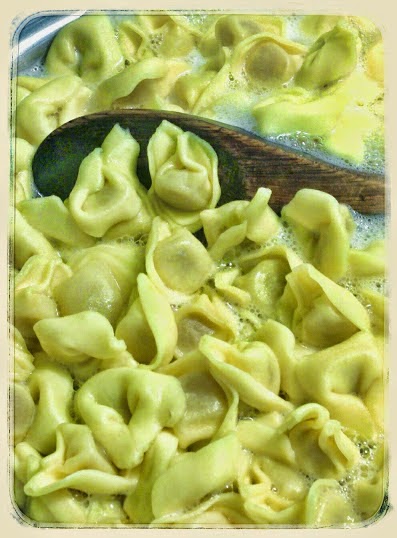 While the sauce was heating through, I shook the pasta into a large pot of salted boiling water. It takes just minutes to cook through. You can tell it's ready when it floats to the surface. Am I the only one who thinks these are adorable? 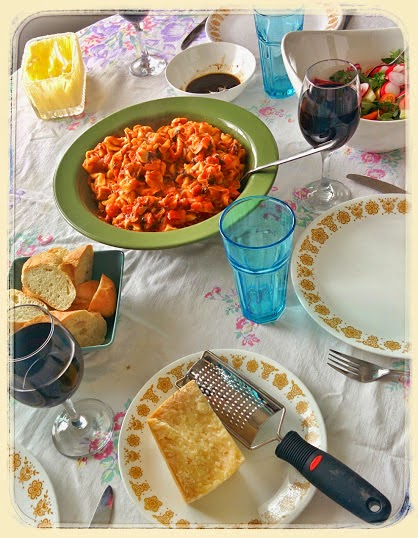 We mixed the sauce and pasta together and served it up with some PC fresh Parmesan, a PC Baby Arugula salad with a PC olive oil and balsamic vinegar dressing, PC Baguette and a fun red wine called red velvet cupcake.