The new Planet of the Apes movie was a huge hit with us!
I don't want to spoil it for anyone out there so all I'm going to say is this movie gave us a "that could happen" beginning to the series. We even bought the box set of the original movies so the kidiots could see them. It was a great day! 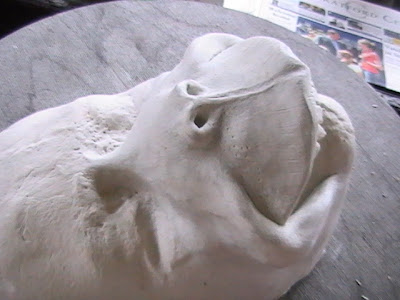 It occurred to me yesterday that we could dust off the flying monkey prosthetic we did with Maggs a few years ago and revamp it into a Zera costume. Here is the original prosthetic build post for anyone interested. 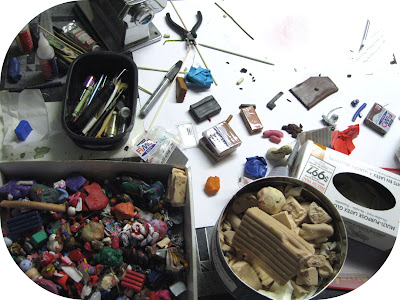 Just thought I'd show you what happens to my work space after I have worked on a project for a week. I try to keep things as organized as I can but it really is a disaster. 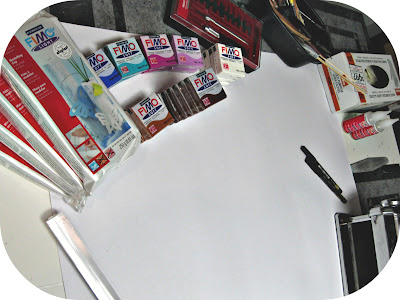 For comparison, this is how my workspace starts out. Next three projects due in two weeks! I'm going to be a busy bee.
:D

What are you guys working on?
No comments:
Email ThisBlogThis!Share to TwitterShare to FacebookShare to Pinterest
This post may contain: FIMO, polymer clay, prosthetic appliance, STAEDTLER
Newer Posts Older Posts Home
Subscribe to: Posts (Atom)