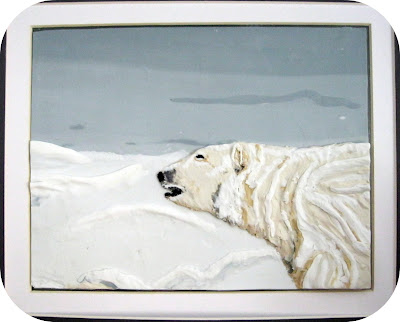 Every now and then my Mom gets into the clay box. She has come out of it with some pretty awesome things. This wildlife portrait is one of those awesome things. 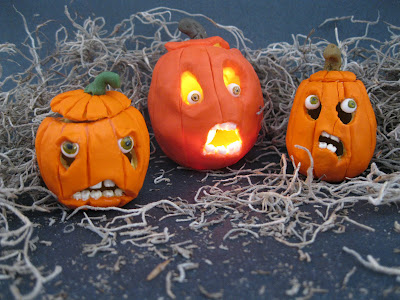 These little Jack-o-lanterns are another. They were featured in
PolymerCafe magazine October 2011.

Here are some things you'll need to make your own wildlife portrait:

STAEDTLER Fimo in various colours. (Mom used the clay I had in my use again box. It is the clay pieces left over from other projects. It might be a little dirty or not quite the mix I was originally looking for. Or maybe it was mushed up ends of old clay mixed up to make a new colour.)
Basic modelling tools
Framing mat
E 6000 adhesive
A rough sketch or photograph of the image you wish to recreate in clay 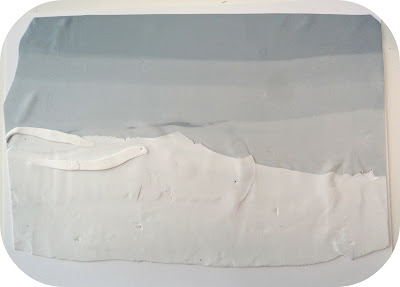 Mom started by rolling out her background colours. She used greys and blues to represent the sky. She used a pasta machine to get the clay to a 2mm thick sheet but the same thing can be done with a manual rolling tool. She used some white clay to represent the foreground. The white clay was a bit soiled and worked perfectly for blending a snowdrift. The pieces were laid out flat onto a piece of parchment paper. 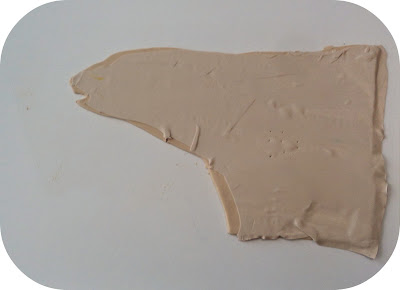 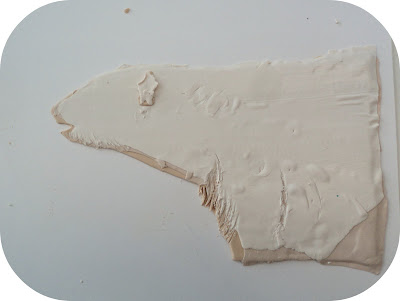 Mom overlaid some white onto this beige background silhouette letting a border of the beige show beyond the white. She added ear shapes and started to make some fur texture around the edges of the bear. 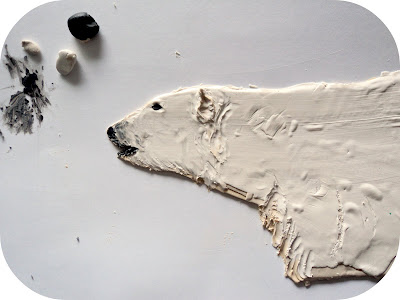 Next she began to add some detail. She brought in some black and charcoal to define the mouth, nose and eye areas. She also used her sculpting tools to create more fur texture. 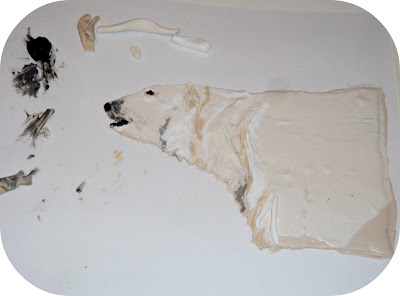 There's a load more work done with this step. You can see more clay has been added in drifts and blended into the bears form. Care has been taken to create even more texture with the fur and you can start to see the underlying muscles. 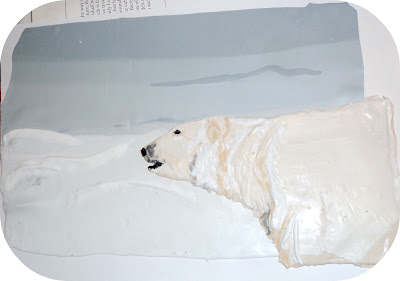 Here she has added the bear to his background. He looks right at home there. Mom added some white clay to form drifts on the snowbank. 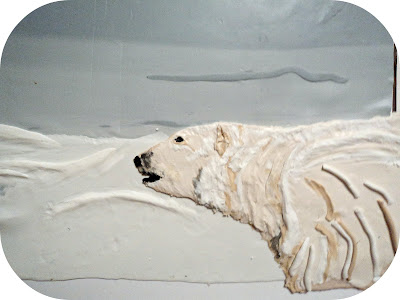 A bit more detail. It really is like painting a picture. Like any fine art medium, colour blending rules totally apply to all Fimo clay. Here she has added some drifts of blue to the sky and even more texture is showing on the bears fur
. 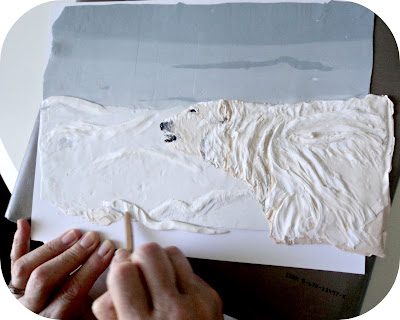 This shot show her blending the clay and working it into the picture. It's a great process and loads of fun to create the textures. It also feels pretty good to make gorgeous use of some of those clay odds and ends we all seem to accumulate. 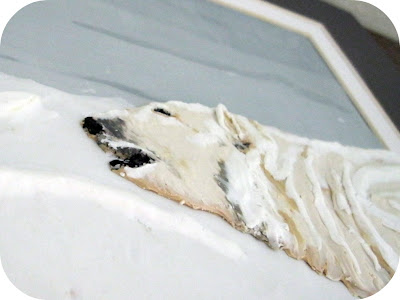 Here you can see how much depth she got using the Fimo. 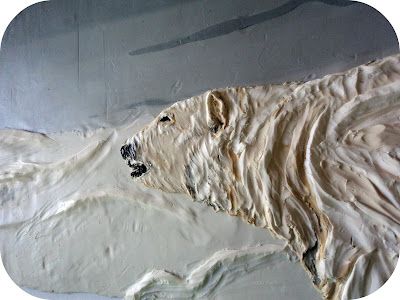 Another angle and different light makes it look like a completely different picture. 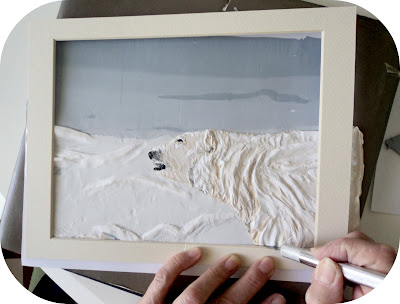 She used a photo mat as a guide to cut around the edge of the piece and keep the corners square. The piece was baked according to the packet instructions. 20 minutes at 230 degrees and allowed to cool on the baking sheet. She mounted the piece onto a sheet of glass and glued on a photo mat to frame the piece.

I really like this technique. I'm dying to try it on people portraits.
5 comments:
Email ThisBlogThis!Share to TwitterShare to FacebookShare to Pinterest
This post may contain: FIMO, polymer clay, STAEDTLER, tutorial
Newer Posts Older Posts Home
Subscribe to: Posts (Atom)