I loved our visit to the Roquefort Cheese Cellars. I have to admit they had me at the opening diorama. I've always been a sucker for a good diorama. 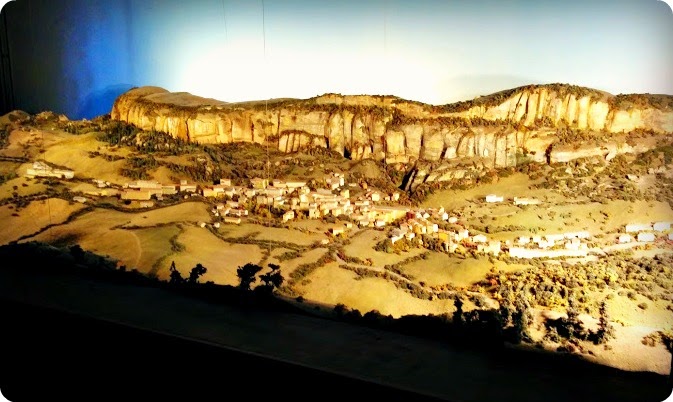 This is it! It started out with almost level ground. Some foothills and a few dips and bumps, but otherwise flatish landscape. Then the lights flickered and quivered.... There was thunder and grinding noise... and BAM! The ground shifted and revealed the collapsed range of caves.

The legend says that there was a young worker eating his supper of bread and goats cheese in the caves. He fell asleep and when he awoke he saw a beautiful maiden. He fell in love with her and followed her out of the caves. When he returned after many days, he discovered his meal had changed colour. Having nothing else and being an adventurous youth, he decided to eat it anyway. After one taste he knew he had discovered a miracle. Legend states that he and his lovely maiden made many a Roquefort cheese and lived happily ever after. 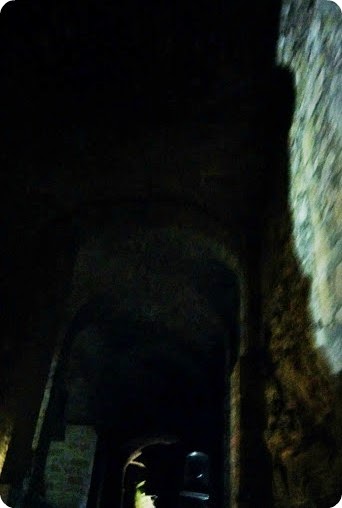 Then we started down hallways and stairways leading down into the very ancient caves and caverns. It was pretty exciting! I expected the smell to be overwhelmingly..... um..... cheesy? But because we toured in August when there was no milk production from the sheep, the Society had set out very realistic, pretend wheels of cheese so we could get a feel for just how vast the caves are. But there was absolutely no cheesy or milky smell at all. There was a slight musty scent but that was very pleasant. 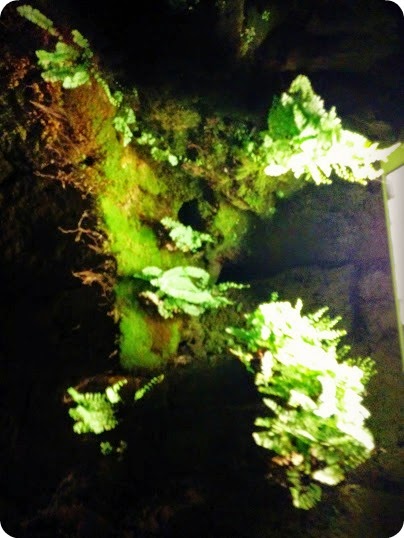 Some flora on the walls of the cave. So thick and lush. Funny seeing it grow so far  underground. 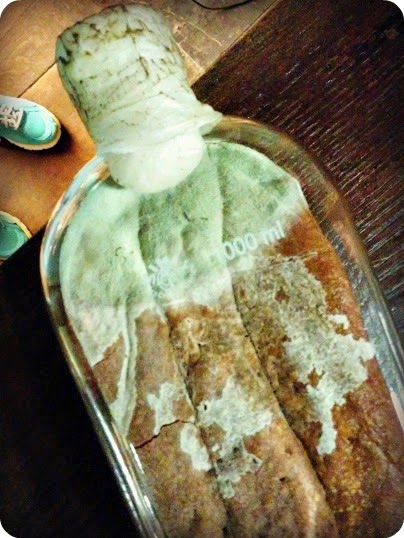 This is the Penicillium Roqueforti. It's the mold grown in charred bread that seeds the goats milk cheese. I thought it was pretty cool. After the cheese is made into wheels and is still fresh, they pop holes into it and set the cheese wheels on their sides on salted tables in the caves. Then they let loose the Penicillium Roqueforti spores and let them have their way with the cheese for a number of days. When the cheese has been well seeded, they move the wheels to another room or cavern to finish the maturing process. Each step of the process is done in a different cave with different temperatures and moisture levels. This is the room or cave where the first seeding process takes place. It was vast! We couldn't see to the other side. 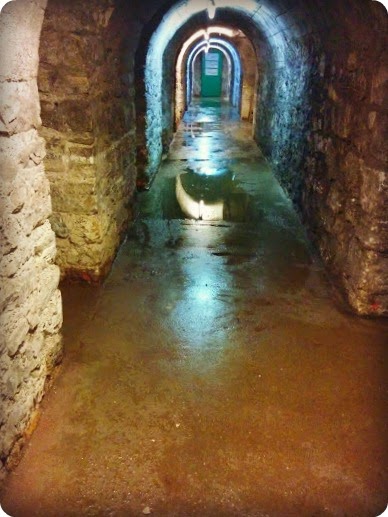 This is one of the hallways in the caves. It shows the dampness. I was very surprised that the caves smelled so fresh. They have a natural air circulating system. 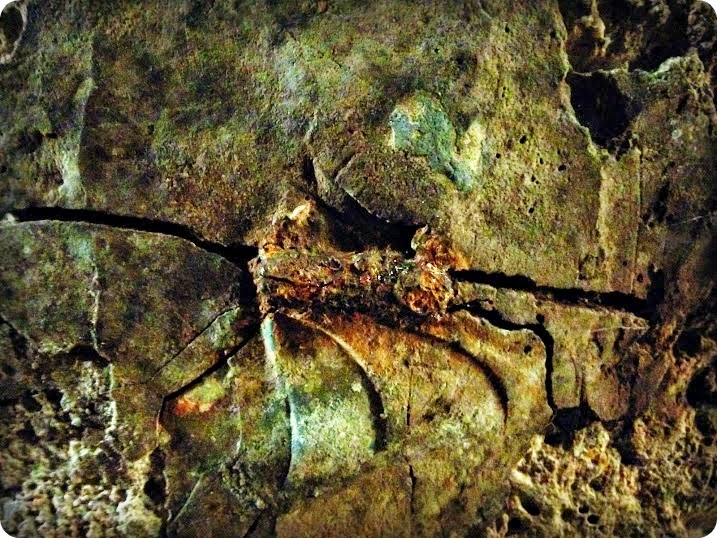 I fell inlove with the textures and colours on the walls. I could have taken hundreds of photos just of the cave walls. I think this will change my polymer clay work in the future. 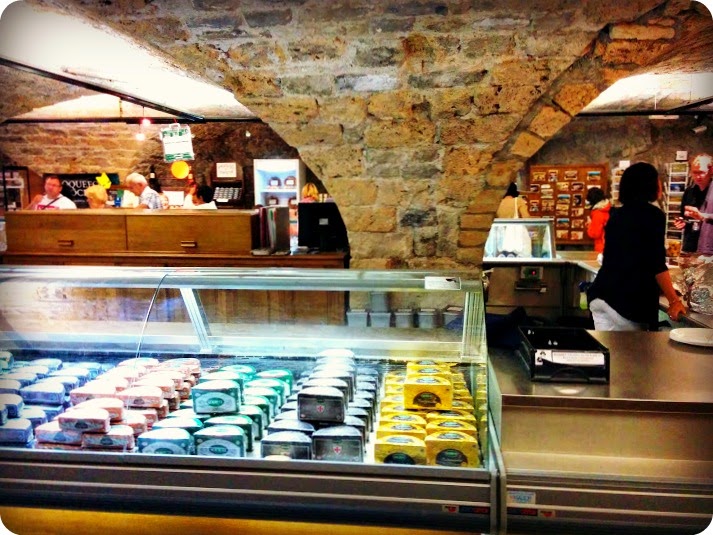 We finally emerged into a beautiful shop. And just in time! We were Famished! There were three kinds of Roquefort to taste. A regular, a smooth and a strong. We loved all three so much that we brought them home with us! Here we are just coming out of the shop into the streets of Roquefort to have a wee but of lunch.
More on that in a few days. I think I'll have to do a post just on the French food we enjoyed.

Hope you get the chance to try some Roquefort Cheese too.
It's available all over the world.
I had some in my scrambled eggs today.