It's time for a Valentines Day Giveaway! 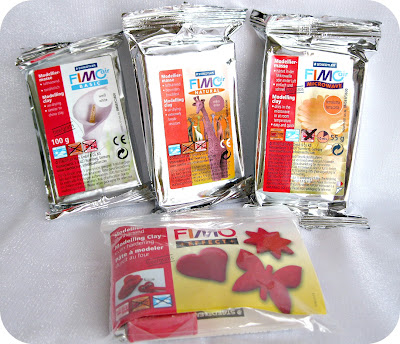 The amazingly generous folks at STAEDTLER have been good enough to supply their design team members with mini product kits for not just one Valentines Giveaway..... BUT THREE!!!!!

For your chance to win one of these three STAEDTLER Fimo kits featuring Fimo polymer clay and a cutter, Fimo air basic, Fimo microwave, and Fimo air basic natural, follow these simple steps.

The winners will be drawn on
Sunday February 5th 2012,
and announced in the evening.

Good luck and watch the STAEDTLER Design Teams blogs for some cool Valentines tutorials. The link is in my sidebar to each of the team members blogs.
7 comments:
Email ThisBlogThis!Share to TwitterShare to FacebookShare to Pinterest
This post may contain: FIMO, FIMO AIR, Give away, STAEDTLER 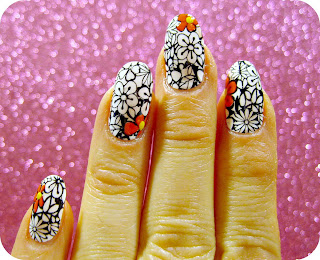 I found these cool nail polish stickers at the pharmacy downtown on the weekend. They were about $9.00. There are 16 different sized nail sticker inside the pack along with a nail file and a cuticle pusher and a full set of instructions. I thought I would give them a try. 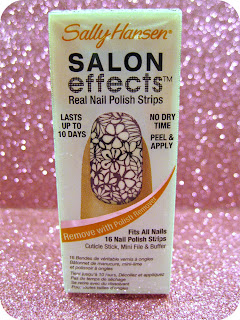 The package claims they will last up to ten days! I can't wait to find out if they do! 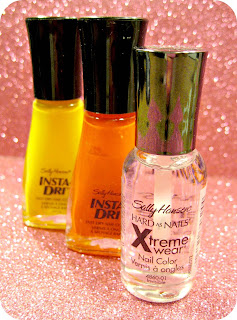 I used some other Sally Hansen products to enhance the design a bit. I coloured one flower on each nail with some of their insta dri nail polish. I also gave the stickers a couple coats of Sally Hansen's Xtreme wear for good measure. I plan on re applying the clear coat every two days or so. 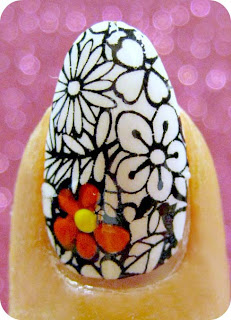 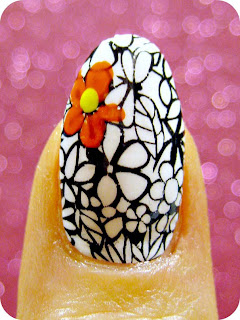 They were pretty easy to apply. I cleaned my hands well before applying them and used the buffer stick as they suggest. I even wiped my nails off with some nail polish remover to de-grease them before I applied the nail polish strips. I really like this design because I can add what ever extra colour I want. It was kind of like when I was a kid and got one of those colour it yourself velvet poster and marker kits. It was fun. They had loads of different designs. I'm already on day three and there isn't even a chip yet. I'll add some more pics with dates as the wearing continues so you can see how they hold up.....

So far they're a whole bunch of fun and well worth the money.

I wanted to add some shots of how these guys are wearing. I'm pretty impressed!
I use my hands and nails constantly to open hundreds of boxes a day and I'm always doing heavy work like picking up heavy wooden skids from a concrete floor. I also do the dishes the old fashioned way. We don't have a dishwasher. We put the dishes in the sink with water and suds and scrub them up and rinse them and dry them with a towel. This doesn't even count the abuse my nails get in the studio, all that clay and paint and wire...... gahhh...... Considering all of this abuse, this nail decorating sticker thingie from Sally Hansen is holding up like a trooper!

I'll keep you posted on their longevity, but I'm probably going to become bored and change them before they actually wear out. 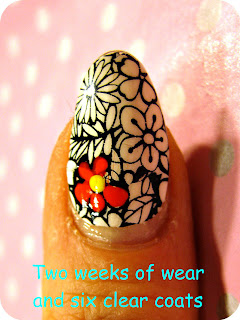 OK.... I give!
These nails are NOT going to wear out before they grow out.
I can honestly say this is a pretty acceptable nail art option.
Sally Hansen..... well done! 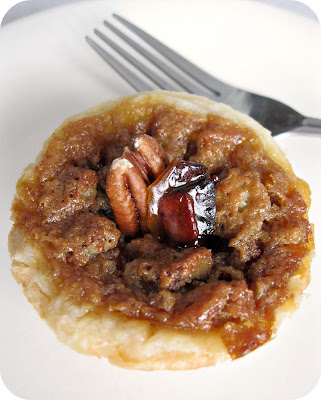 I've been craving these for a while now......
Bacon and pecans just seemed like such a good mix of flavors.

I used this recipe from the Joy of Baking for pecan butter tarts and added my own flair with some candied bacon bits. Here's how I did it. 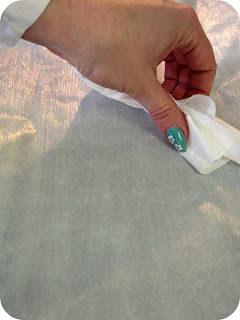 I lightly buttered a piece of parchment paper and placed it onto a cookie sheet. Get this ready before you make the bacon praline because there won't be time to do it after. 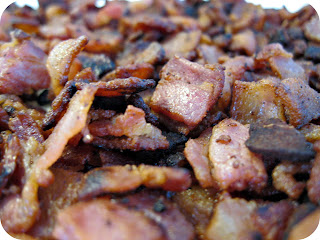 I diced up some regular bacon and fried it until it was crisp. I soaked up all the bacon fat by placing the cooked bacon onto a few folded up paper towels and then blotted the rest of the fat away by patting with another paper towel. 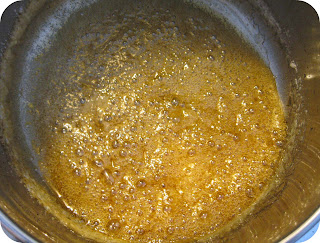 I made some caramel by adding some sugar and a wee bit of water to a pot and boiling it until it dissolved and then started to turn light brown. Watch the cooking sugar closely and turn the heat off the instant it starts to turn colour. 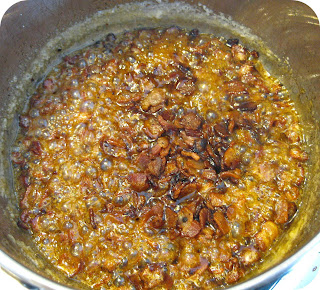 As soon as it turned colour I speedy quick added the reserved bacon bits. I carefully swirled them around to coat them in the sugar. 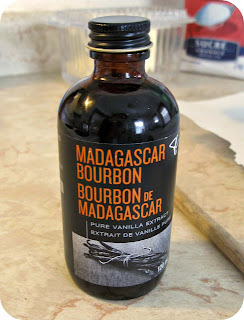 Next I added a tsp of good vanilla and stirred it in. 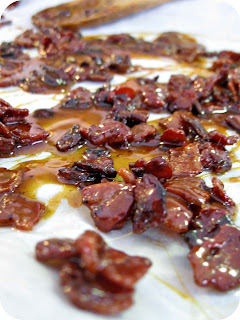 Work quickly and carefully, this is molten sugar we're dealing with folks. It causes some pretty nasty burns if you don't respect it. Pour the bacon sugar mix onto the buttered parchment and smooth it out so the bacon bits are separated. Let these guys cool off for at least a half hour before you try one. 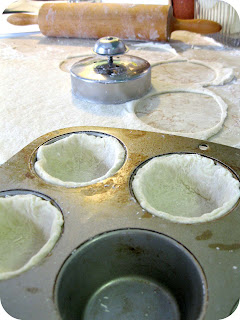 I made my dough following the recipe from the joy of baking. 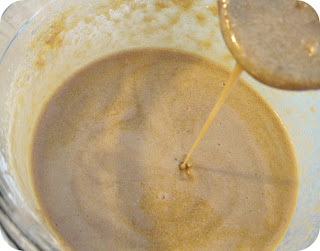 I made my butter tart filling using the same joy of baking recipe. 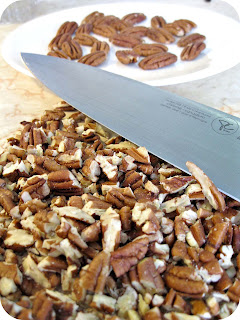 I reserved 24 half pecans for the tops of my tarts and chopped up some pecans to go in my tarts. 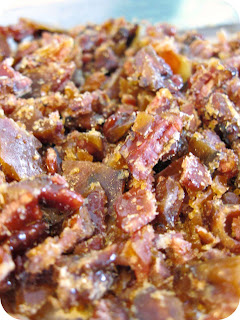 I also chopped up half of my bacon praline. 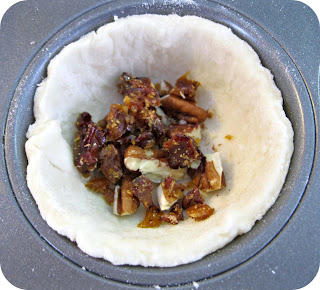 I added about a tsp of pecan and bacon praline to each of the tart shells. 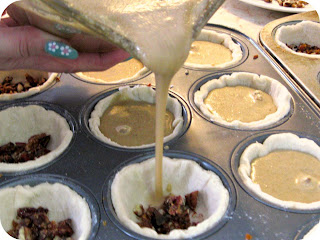 I filled the tart shells with the butter tart filling and baked them up. 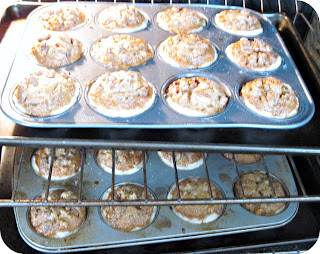 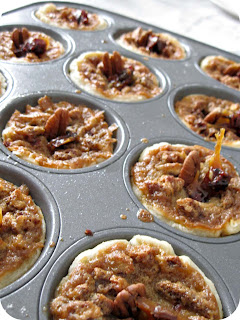 I finished up each tart by adding a half pecan and a chunk of praline bacon to the top of each tart.
These guys are pretty yummy. I was expecting the sugar coating to keep the bacon crisp inside the tart. That didn't happen but it wasn't a failure..... as a matter of fact I think it worked out better that way. The pecan bits gave the right amount of crunch and the bacon gave a familiar salty flavour that I think makes the butter tarts more satisfying.

I think we have a pretty successful new recipe here. What do you think? Will you try it?
No comments:
Email ThisBlogThis!Share to TwitterShare to FacebookShare to Pinterest
This post may contain: recipe
Newer Posts Older Posts Home
Subscribe to: Posts (Atom)