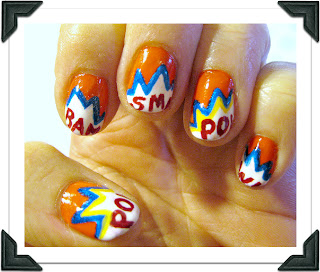 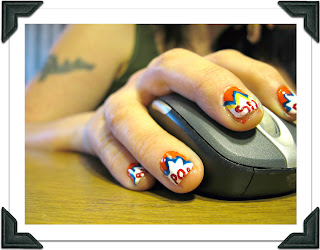 Here's the right hand in action. I usually don't post pics of this hand. The nail art isn't always the best because it's done by my left hand. I'm right handed but can use my left for most things unless it's very detailed. I took this picture by accident and decided to include it as an example. I haven't cleaned up the slopped polish on my fingers yet. Do you guys have problems painting that other pesky hand? 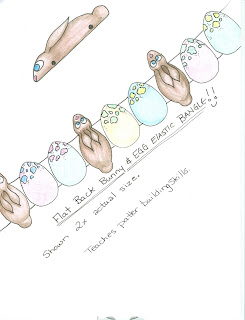 Sometimes while you're working on a project you can suddenly see some of the components as something else. The Racing Bunny Magnets morphed into a bracelet during their construction. One design with two finished projects.
Do you ever morph projects like this? 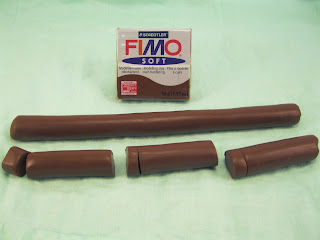 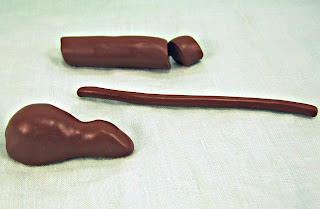 Form the larger snake pieces into flat bottom pear shapes. These will be the bunny bodies. Roll out the half inch pieces into one quarter inch thick worms.  This worm can be divided into a tail and two ear pieces. 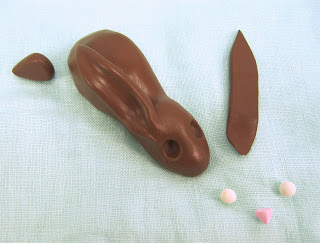 Flatten some of the quarter inch thick worms into ear shapes keeping the ends pointy. Smooth one end of each ear onto the head of the bunny and blend by gently rubbing the seam. Use a bit of the quarter inch thick worm to make a flat teardrop shape for the tail. Push indents for eye sockets using a sculpting tool.  Pinch off a small amount of white clay and make two eye balls. Pinch off a teeny bit of pink clay and make a small triangle nose. 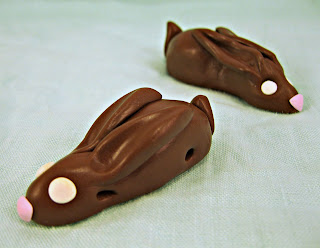 Use a toothpick or a skewer to make holes sideways through the bunnies at the neck and hip. Bake according to manufacturer’s instructions. Allow them to cool. 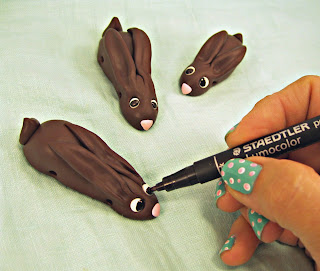 Using the STAEDTLER permanent marker, draw on pupils for the eyes. 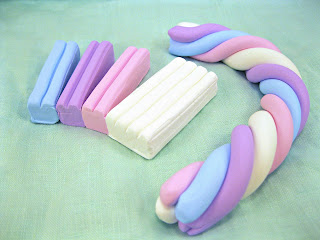 Cut two sections from the light pink, aqua and lilac FIMO effect clay and four sections from the white FIMO soft clay. Make worms of each of these colors and twist the worms together, re rolling and twisting until you are happy with the marbling. I rolled and twisted mine six times. 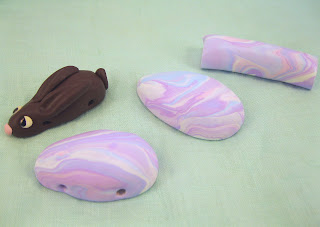 Cut this new pastel marble clay into three equal sections and form flat backed egg shapes from each section. Make two holes sideways through each egg as you did for the bunnies. 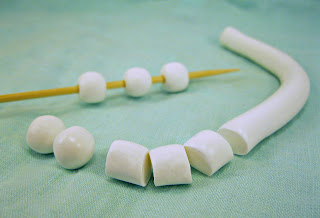 Roll out some white FIMO soft into a ¼ inch worm. Cut ¼ inch sections from the worm and roll them into bead shapes. Use a toothpick or a skewer to poke holes through each bead. You will need 12 white beads. Bake according to manufacturers package directions. Allow to cool. 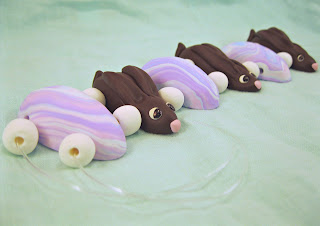 Cut two 12 inch lengths of elastic cord. One cord is for the top hole and one for the bottom of each bunny and egg bead. Add small white beads between each larger bead to add length to the bracelet. Tie off the elastic using three or four knots when all the beads have been added and snip off the loose ends. Hide the knots inside a bead.

Still searching for the March Hare!