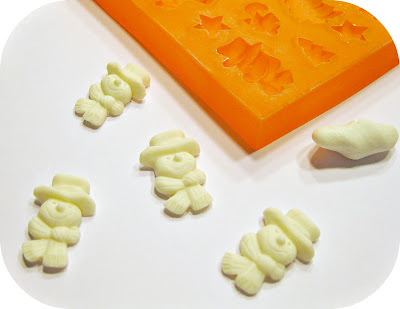 I was lucky enough to get my hands on some STAEDTLER Fimo push moulds. I tried them out with some translucent Fimo effects first. I wanted to see how they came out in a solid colour before I tried to load them with separate colours to show detail. I loved how they came out and am seriously considering just leaving these as is and not adding any colour to them. 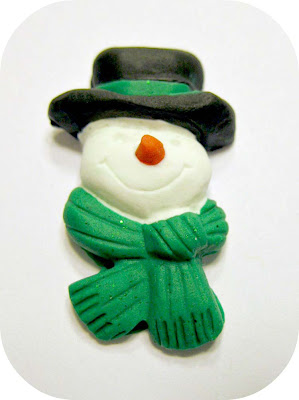 Here is the same snowman mould loaded with colours to show the detail. It was super easy to use. I pushed the clay into the mould using a stylus tool but you could probably use a toothpick or pencil tip. I can add eyes and a mouth later with a marker or some paint. This snowman mould is included in the STAEDTLER Fimo Christmas push mould #8725 06 along with fourteen other adorable seasonal shapes and characters. 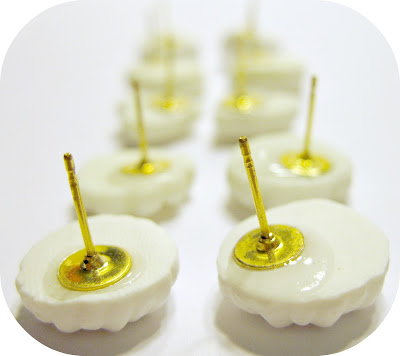 I used the STAEDTLER Fimo jewellery push mould #8725 01 to make these teeny earring shapes. I filled them with STAEDTLER Fimo effects translucent and baked the pieces at 260 for 15 minutes. I used some jewellery adhesive to stick on some earring posts and I let them dry for a couple of hours. 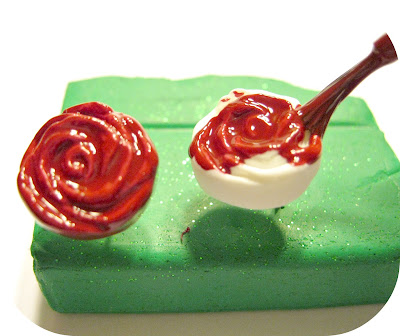 I stuck the earrings into a block of unbaked Fimo so that I could paint them without them rolling about on me. I painted the earrings with nail polish! One coat and done. I like the way the nail polish fills the deeper parts of the shapes and makes the taller parts seem lighter. 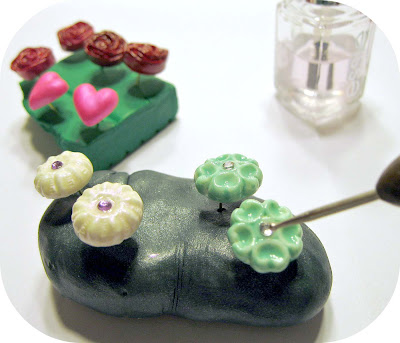 I added a clear coat and studded some of the earrings with a rhinestone. 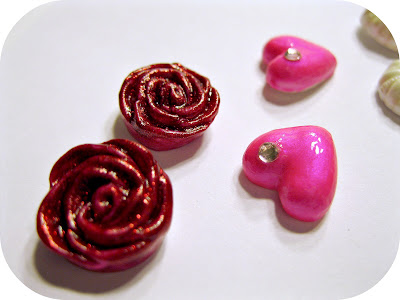 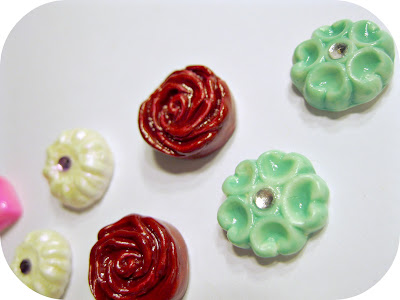