These three hair decoration projects are all similar, but I have used slightly different fasteners and horn / wing / antler shapes for each. You are really only limited by your imagination with these projects. I can see unicorn horns or elephant ears easily made using the same instructions. I think I might be in love with FIMO air for microwave. I don't know how I ever crafted without it! 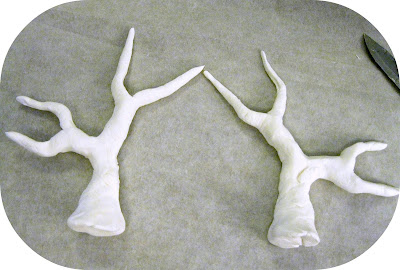 Roll out some of the FIMO air for microwave (henceforth called clay!) into a 3cm thick worm. Cut two pieces that are 6cm long from the worm. Roll one end of each of the worms until they form cone shapes. Continue rolling the cones until they resemble long sticks. Add smaller sticks to the sides of these original sticks creating forks in the branch. I added four branch tips in all but there isn't really a set formula. I just tried to keep the shapes similar between the two antlers.

When you're happy with them place them on a microwaveable tray lined with parchment paper. Fill a microwaveable cup up half full with water and place it in the microwave with the tray of antlers. Microwave according to the manufacturers instructions. (Do read them, they help!) I microwaved my two horns for 3 to five minutes. I didn't notice a big difference in the curing time between the wing project that was thin clay and the antler project that was a thicker piece. I think all that mattered was I used roughly the same mass of product for both projects. It worked GREAT!!! No more waiting for clay to air dry!

*Important*
FIMO air microwaveable is a COMPLETELY different product than FIMO polymer clay. Both are really great products but the curing instructions are completely different and should never be confused. 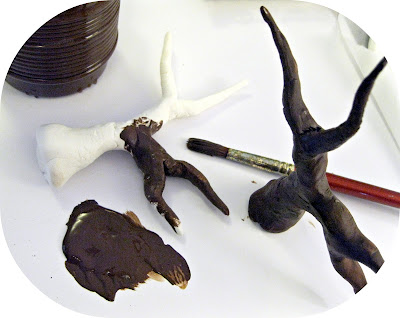 Base coat each antler with an even coat of brown acrylic paint and let them dry. 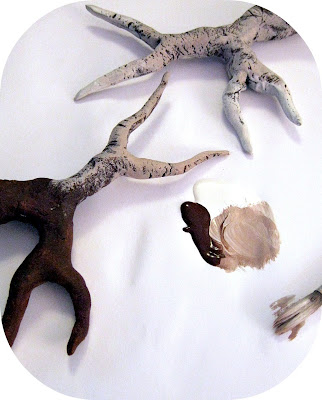 Mix some lighter brown paint by mixing the white and brown together. Dab a small amount of this new light brown paint onto your brush and with a light touch, tickle some of this lighter paint over the dark brown. You will see some of the dark brown showing through the new light brown layer. Don't paint the lighter brown right down to the base of the antlers. Leave some of the darker brown showing there too.

Add a small bit of white paint to the very tips of each antler end. Let the antlers dry. 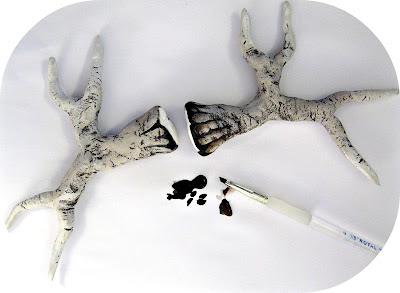 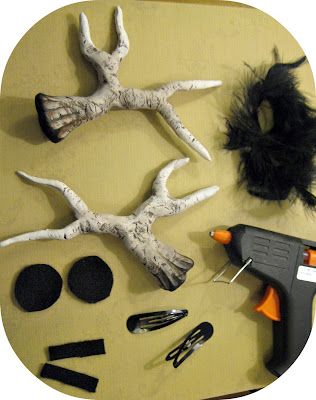 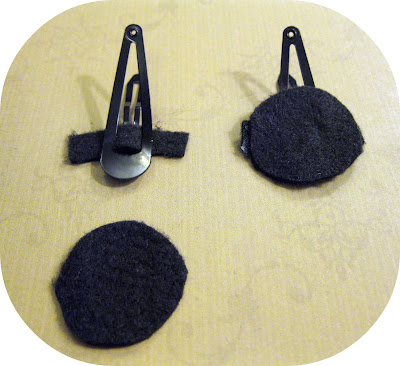 Cut two circles of felt the same size as the base of each antler and two 1/2cm strips of felt as long as the circles are wide. Place the strips of felt into the opened clips and glue a circle on to the top of them. Make sure the small "tongue" of the clip is on the bottom. 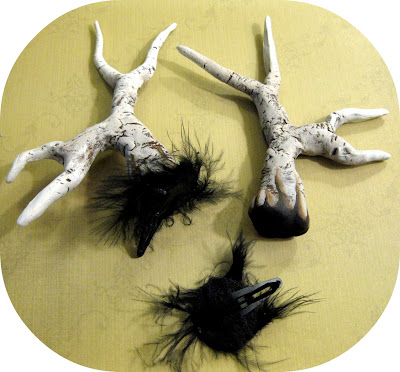 I want to make more of these. It's kind of addicting.
Hope you love them too!
Happy creating!