Snapcrafty.
Maggs figured she needed a new bracelet so we made one.
Hope you like it too. 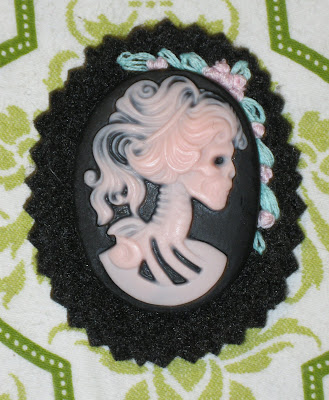 We cut two pieces of felt larger than the cameo using the pinking shears, we gave them about a one cm border.
on one of the pieces we glued the cameo trying to center it as much as possible.
We set it aside to dry, and put the other piece of felt in a safe place.

After the piece had dried we used the embroidery floss to stitch some leaves (lazy daisy stitch)
and some flower buds (French knots) around the top corner of the cameo. 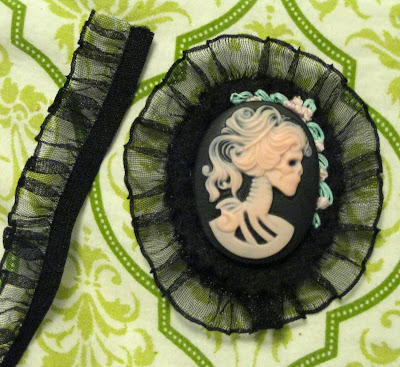 We sewed some fancy elastic lace to the back edge of the felt oval and then sewed the other black oval to the back of the piece. This covers all the stitches on the back, makes it much neater. 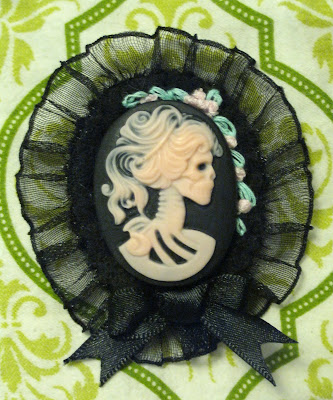 We made a little satin bow and sewed it to the bottom of the cameo. 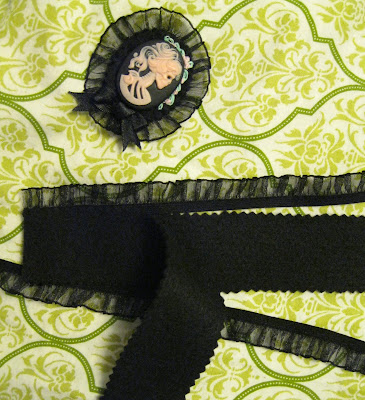 For the band of the bracelet, we cut two rectangles of felt with pinking shears that were three cm longer than our wrist measured and five cm wide. We cut the corners off of one end of each strip.
We sandwiched the elastic lace inside the two strips so it went along one side turned the end and went along the other edge. We sewed it all in place with matching thread. 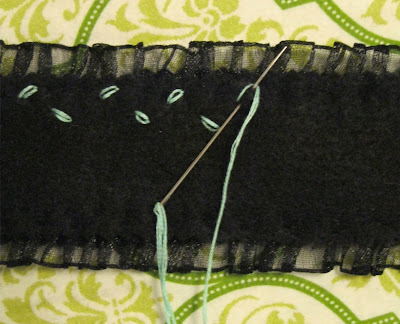 We used green floss and made lazy daisy stitch leaves around the edge of the band.
None of these decorative stitches went through both layers of felt. I didn't want to see the stitches from the wrong side.

Then we used the stem stitch to make a vine that attached the leaves. 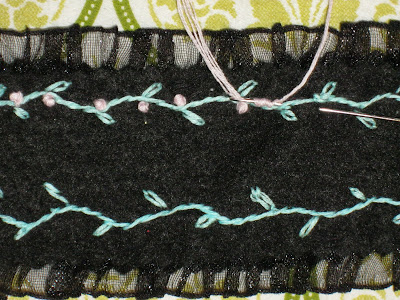 Last we made the flower buds using the french knot. 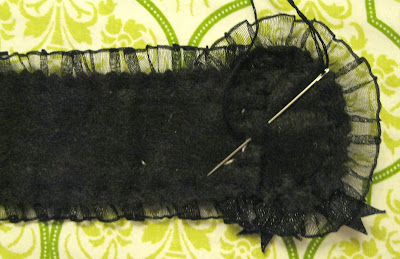 We used black thread to sew the band onto the back of the cameo felt.

Sew three snaps onto the end of the band and the matching snaps to the back of the cameo and you're done!
You can use Velcro instead if it's easier. 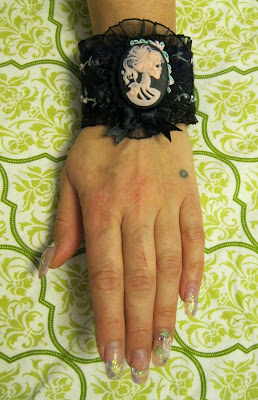 Looks pretty good!
May need some beads, I'm not sure yet.

*Comments have been disabled due to SPAM.
If you have a question about this project, please comment on my contact page.