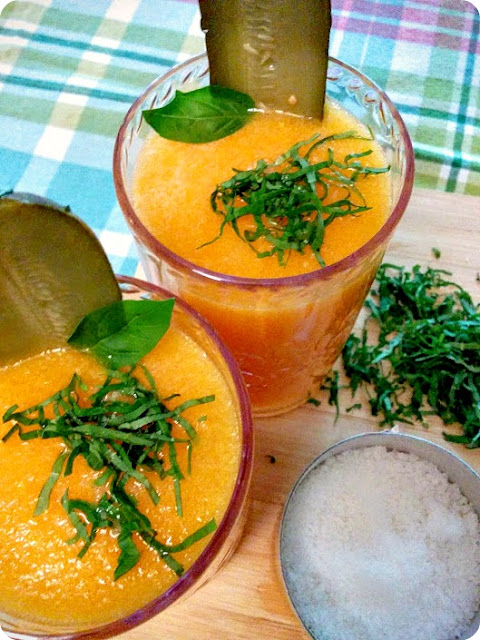 This happened today!
We got in some fantastic Suntastic yellow and orange tomatoes at the local grocery and it was such an overcast dismal day that I decided to try to make a sunshiny kind drink.
It went well and I thought I'd better share. 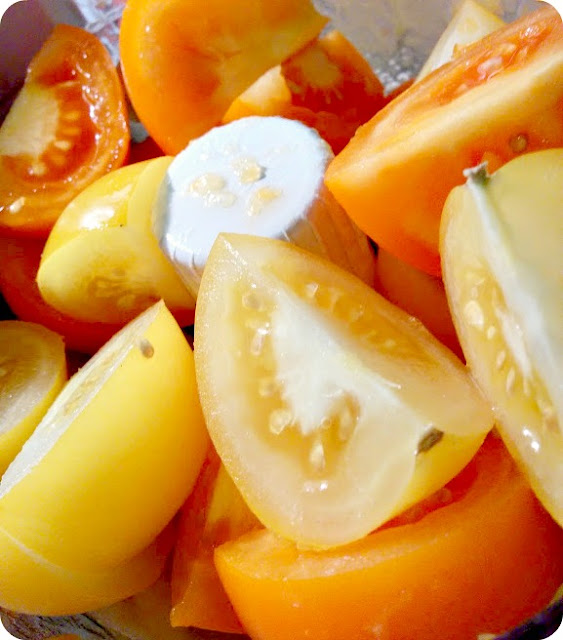 I quartered about two dozen of these golden beauties and chucked them in the food processor. I had to split them into four batches and added a 1/2 tsp of salt to each batch. 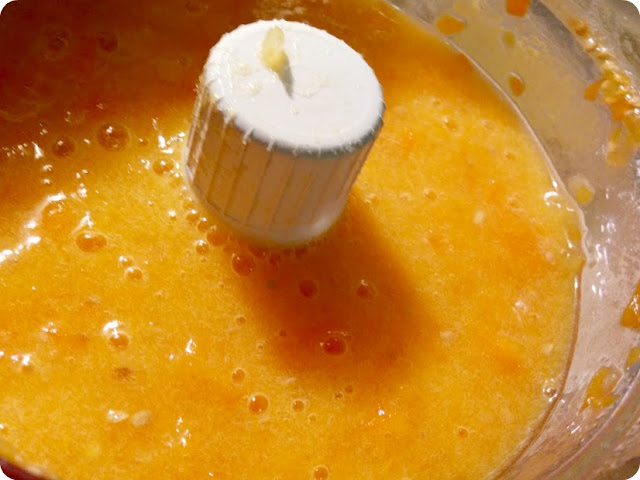 I whizzed those guys up until they were liquefied.
This smelled SOOOOO GOOD! 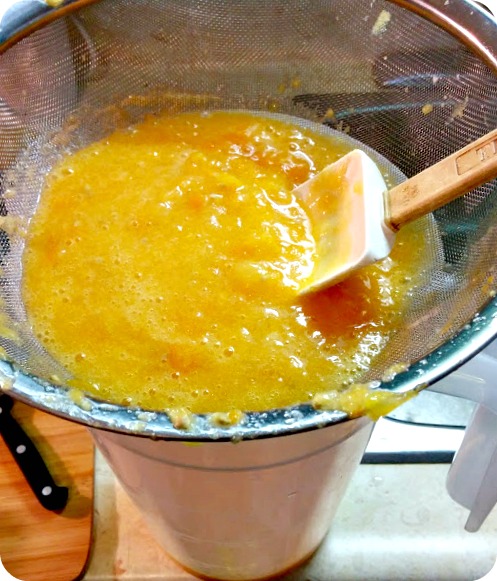 I put the fine strainer over the big juice jug and pushed all the liquid through. 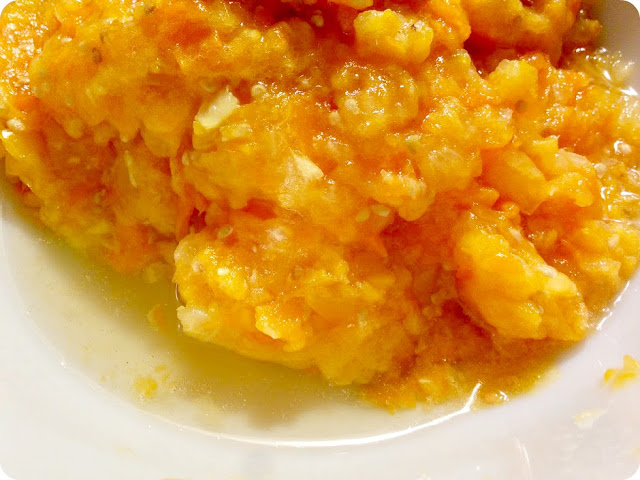 I let the pulp sit in a cold bowl for about a half of an hour or so and watched as the clear tomato water collected in the bottom of the bowl. I dumped the tomato water in the juice jug with the rest of the juice and reserved the tomato pulp for later. 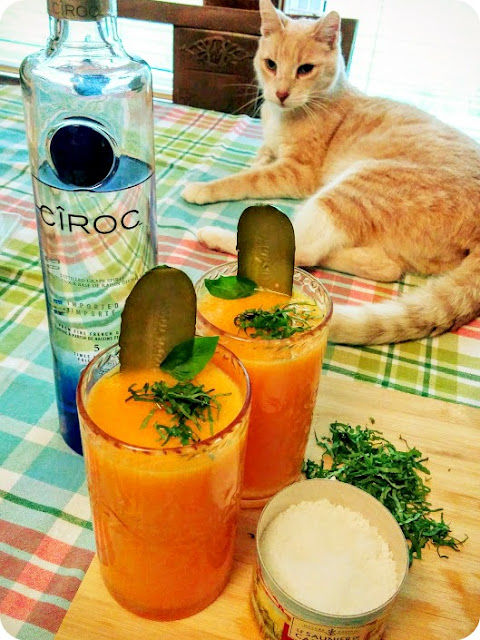 I served a tall cool glass of this golden juice up with a shot of some lovely vodka, a yummy homemade pickle spear and some finely sliced basil. There was a sprinkling of fleur de sel over the top too.
This was seriously delicious folks!
They do require periodic stirring because the juice will want to separate. Haven't looked into an emulsifier yet, but it might be worth it for a future recipe. 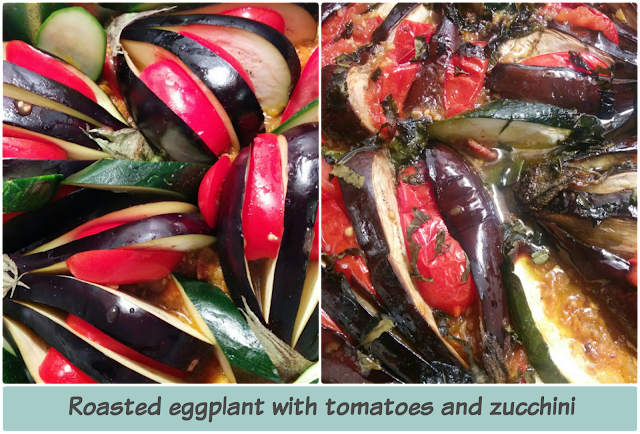 This is where the tomato pulp went! We fried up some bacon chunks and tossed in the tomato pulp. We lay some sliced eggplant, roma tomatoes and zucchini over the sauce and scattered some sea salt, olive oil and balsamic vinegar over the top. We tucked in a few garlic cloves for good measure and baked it all at 400 for an hour and a half or so until it got all melty and unctuous. Served up the whole works with some french bread and scarfed until I could barely keep my eyes open.
Um nom nom....