I decided it was time to change the nails. I like the blue and the stilleto shape but decided they were a bit too short. 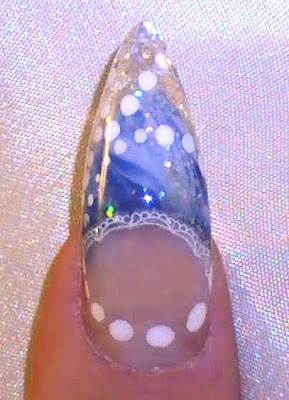 I made a swirly blue and white french nail with gel, then capped it off with some clear gel and sparkles. Looks a bit like a nail floating inside another one. Maybe you can see it better from the side?
I also added a lace smile line sticker. 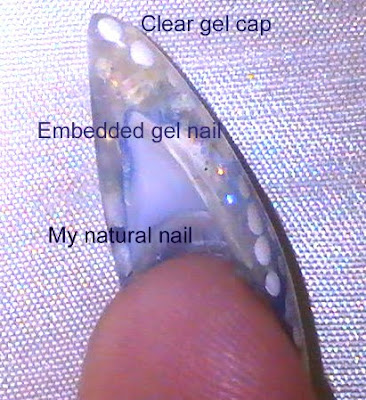 Underneath it all. Looks like a dogs breakfast but at least you can see what's going on. I think the idea has possibilities. I might just sculpt some goldfish in there and add some seaweed.
What do you think?
:)
Here is a video of our friendly neighbourhood Squnk. It's just a squirel with a white tail, but he's a master of disquise. No one will mess with him just in case he really is related to the smelly black and white kitty.

Wonder why his tail is white?