Maggs has been working away on her final art project for the school year.
Some of you have been asking how it's going so Maggs has allowed me to post some progress pics. 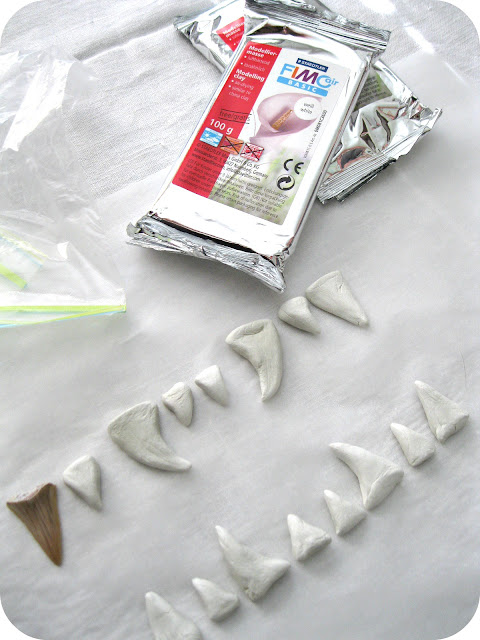 She has made some cool wolf bits out of STAEDTLER fimo air basic. She has to include found items in her piece so she has added a shark tooth and reproduced many more teeth that are the same shape. 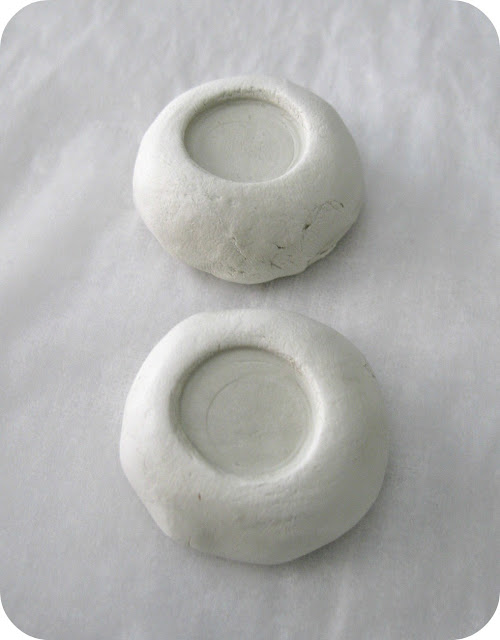 She's using our tutorial for doll eyes but she's replace the fimo polymer clay with the STAEDTLER fimo air basic. She has also increased the size by four times. 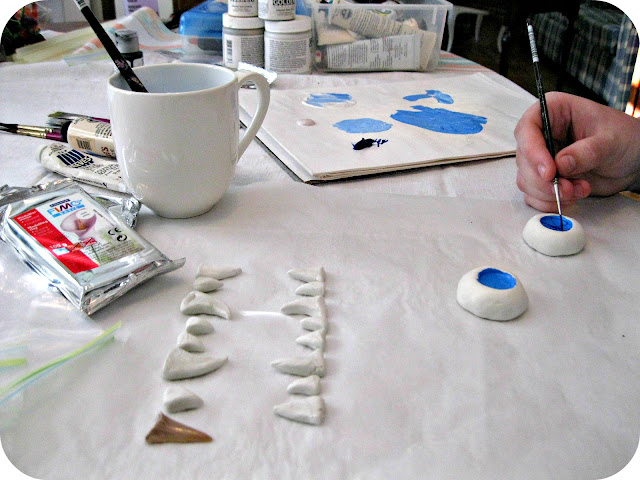 Here she has painted the base colour and is adding lines radiating from the center. She used acrylic paint.... Mostly Golden. 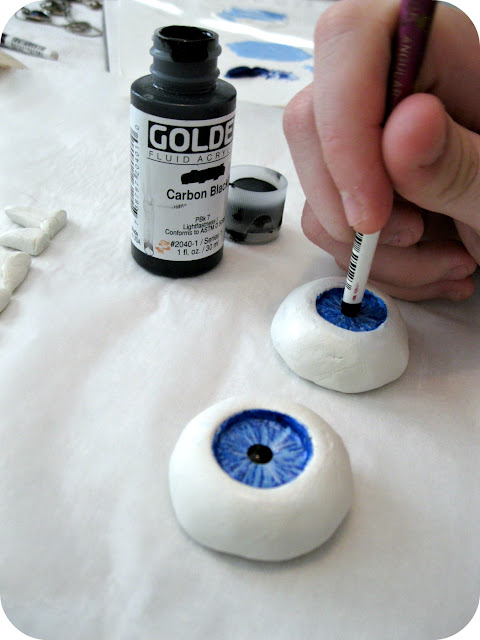 Here she's adding a dot of black to the center of each eye with the brush end. 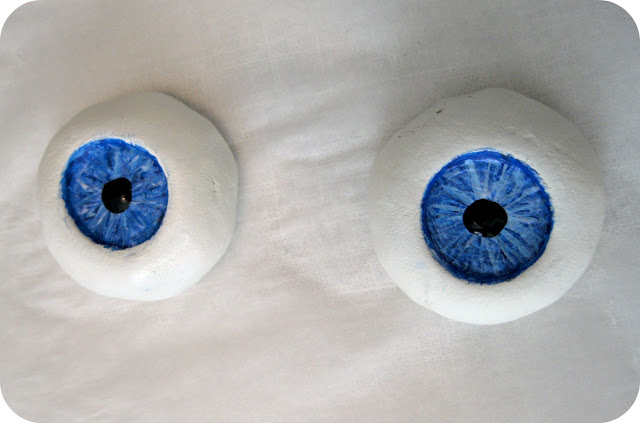 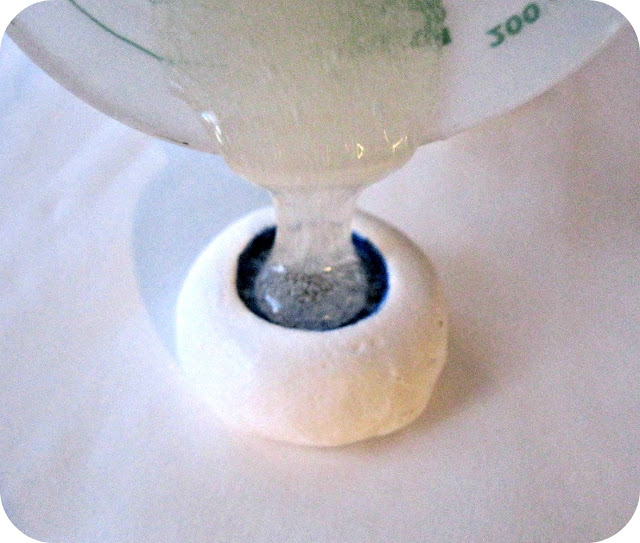 I helped Maggs mix up some resin to fill these things and give them a glossy coat. 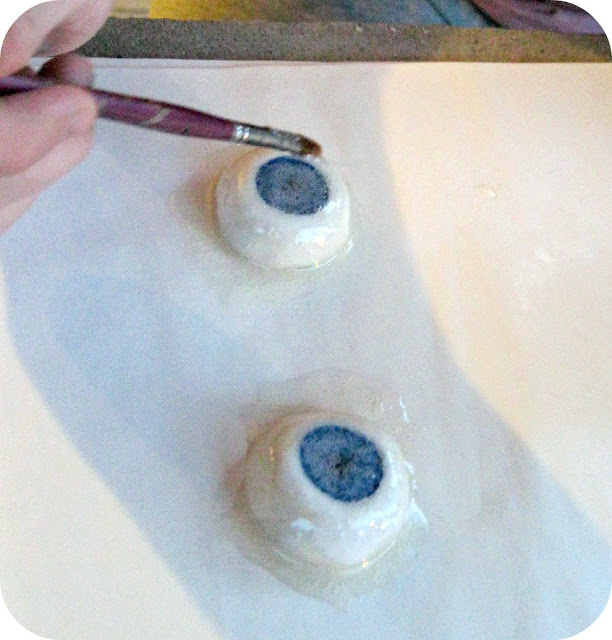 She made sure they were liberally smeared and then blew on them a bit to get rid of the bubbles so the resin would cure clear. 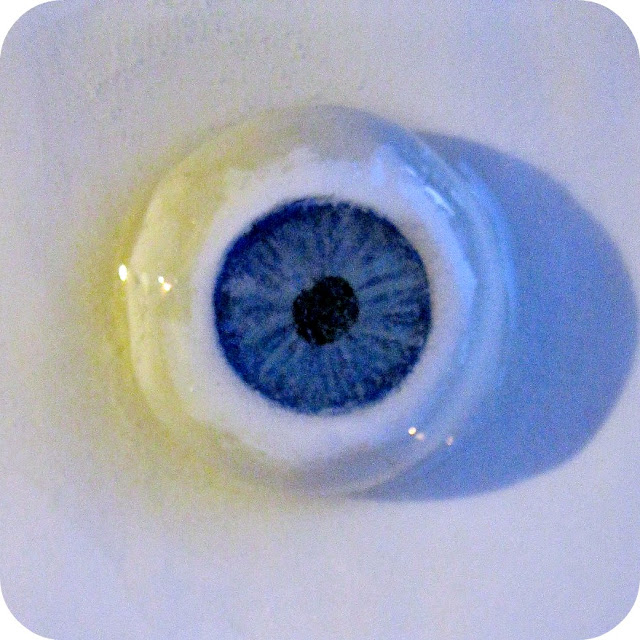 I think they're going to be pretty fabulous giant werewolf eyes. I'll get better shots in the daytime. Maggs kept working even though the sun went down. Makes it hard to take process shots. 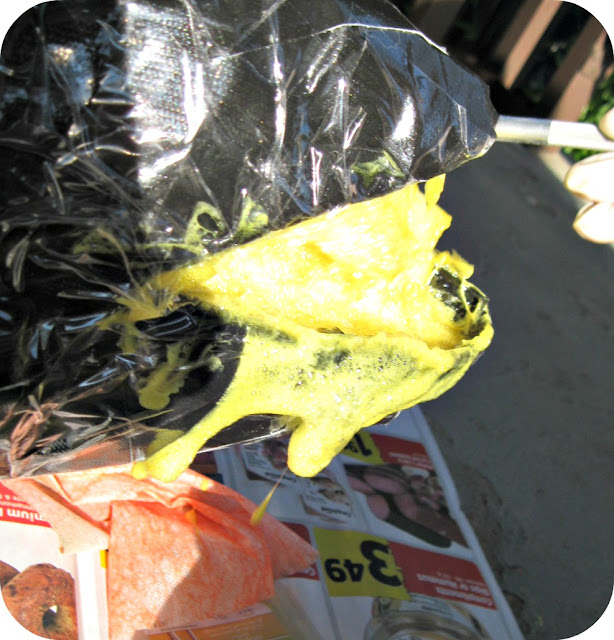 Here is her actual werewolf sculpture. I helped her mix the chemicals to fill it with expanding foam yesterday evening. Some of the foam in the nose didn't cure so I had to cut it open for her so she could drain it. We took precautions and wore gloves and eye protection. We also worked outside and covered any surface that could be damaged by the foam. 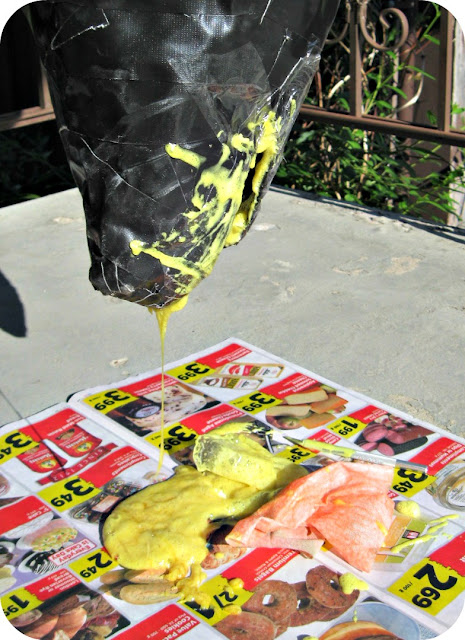 Maggs likes this pic because it looks like her wolf is getting sick.......
She's a funny duck, but we love her bunches!

We'll keep you posted on the progress of this project.... It's going to be humongous!