Here's another clothing pattern for our STAEDTLER Fimo Puppen Retro Santa featured in the December 2013 issue of PolymerCafe magazine. You can find the rest of the patterns by following the link in the sidebar. 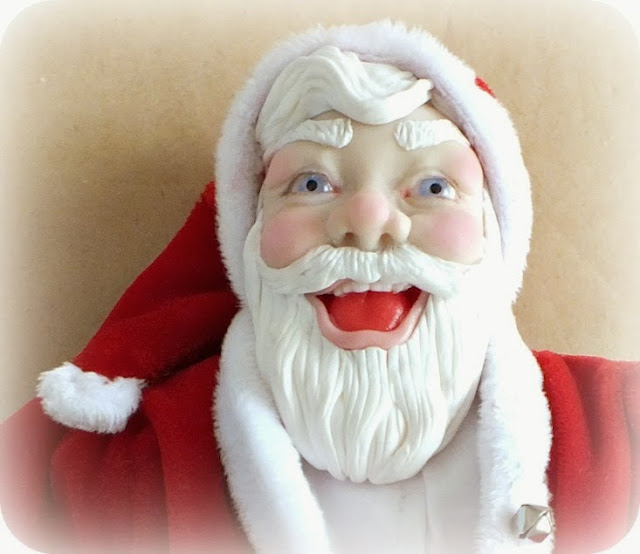 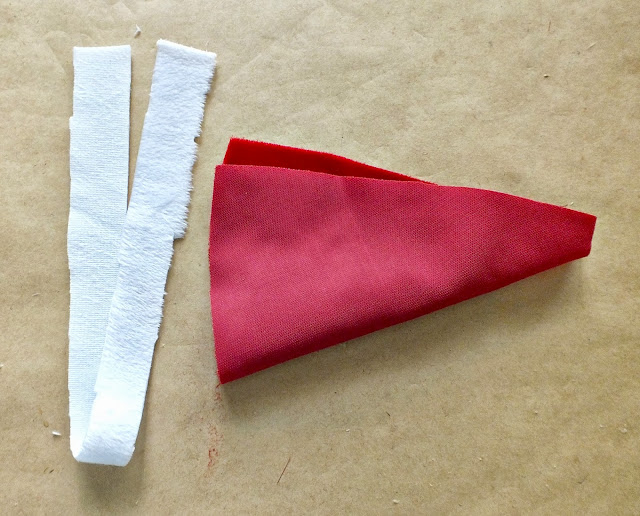 I made a triangle that had the same measurements as my Santa. I also cut a micro fun fur band that was 1/2 inch wide and the same length as around my Santa's head. 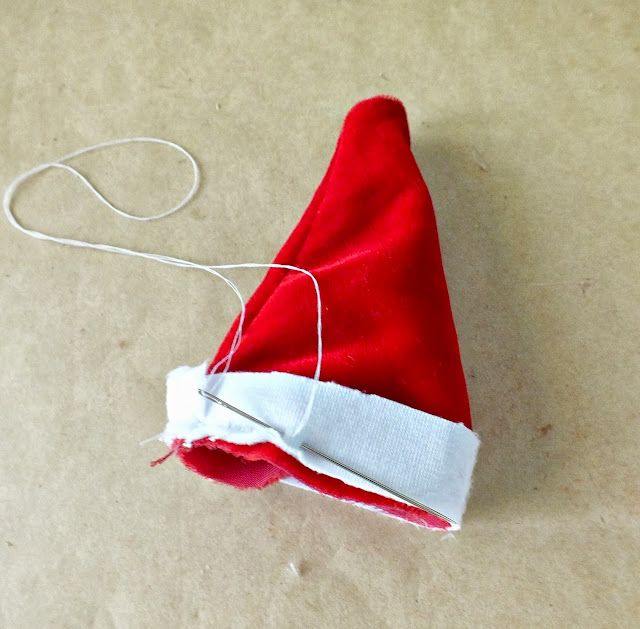 I sewed up the back of the hat seam and then added the band to the bottom edge of the cap. 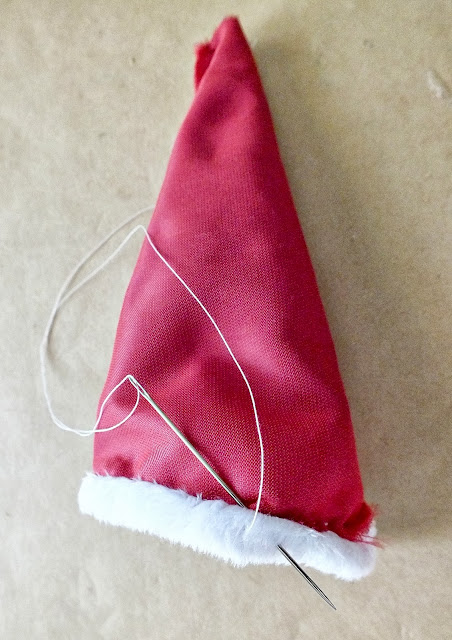 After I sewed the band to the hat I turned the edge and slip stitched the inside of the band over the messy seam to hide it. 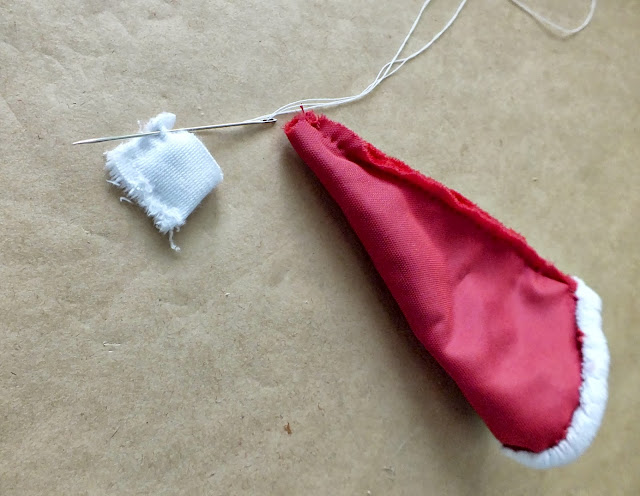 The last step is to make the pomp pom for the tip of the hat. You could totally use a mini pomp pom for this. I wanted mine to match exactly, so I used the micro fur to make two wee squares and sewed them together up three sides. 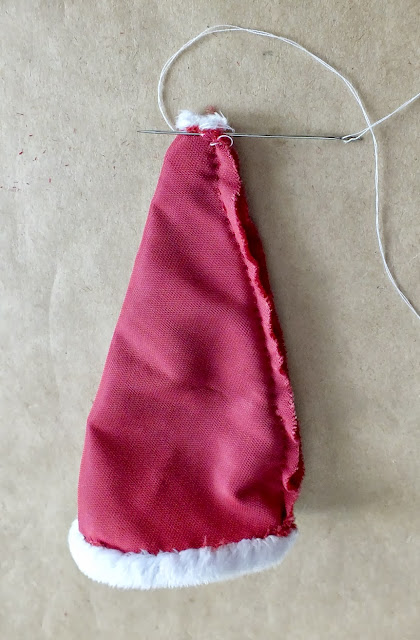 Then I Turned it right side out and stitched it to the tip of the hat. 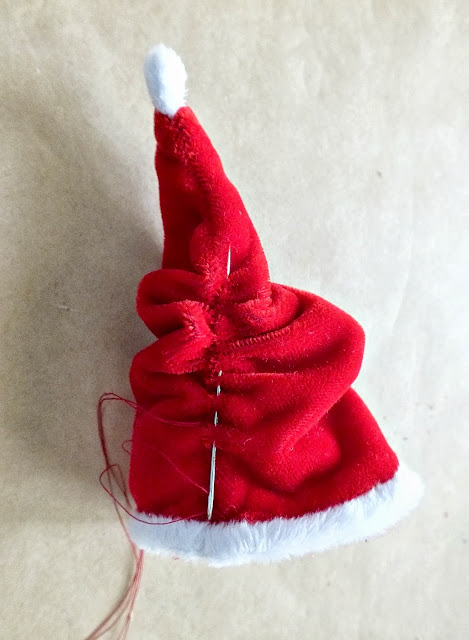 I turned the hat right side out and ran a gathering stitch up the back seam of the hat to shape it to Santa's head. This gathering will help the hat curl around Santa's head a bit and it will stay on much better than if you'd just left it straight.
Email ThisBlogThis!Share to TwitterShare to FacebookShare to Pinterest
This post may contain: Christmas, doll, FIMO, polymer clay, published work, sewing, STAEDTLER, tutorial