Icing Made Without Icing Sugar Recap In April 2011 I posted this recipe I found on YaHoo Answers. I've gotten a HUGE amount of feedback from this post and was recently asked if I thought the icing could hold up when piped. Here are the results of what happened when we tested it's pipe-ability. This time I added yellow and green paste food colouring to the batch and cooled it off in the fridge for a few hours before I tried to pipe it onto the cake. It did pipe........ but it wasn't fun. I'm by no means a cake decorating expert. We just really enjoy making cakes for each other at home. I have some experience piping butter cream and this was nothing like that. It's very sticky and held onto the piping tip instead of dropping off like butter cream does. It's worth all the extra work though. Man this is some delicious icing. This is an image from the first time we made this icing. You can see it's quite soft. It firms up a bit with some chilling though. Hope you try it too!
It really is delicious!

1 cup sugar
1/2 cup flour
1 1/3 cup milk
1 cup softened butter
1 tsp vanilla extract (I used scrapings of a vanilla bean)
* We added a wee dram (1 tsp) of lemon juice to the butter this time instead of vanilla
Here's how we made it. 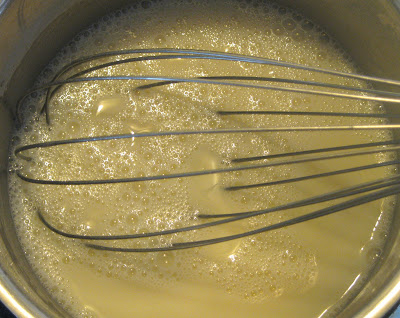 First I whisked together in a heavy bottom saucepan one cup of sugar and half a cup of flour with one and one third cups of milk. 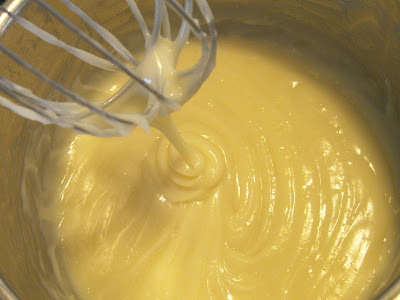 I heated this over med high heat until it thickened. It burns REALLY FAST!!!! Keep stirring and don't answer the door or the phone. (because I would NEVER answer the door while cooking...... don't look at that irrevocably burned pan in the corner........) 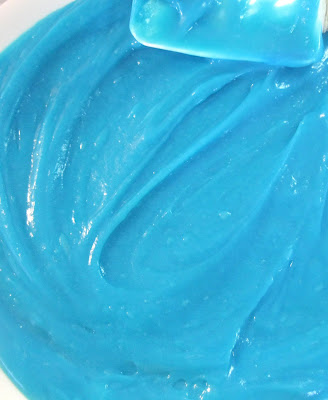 I mixed in some blue paste food colouring and spread the mixture out on a plate to cool. 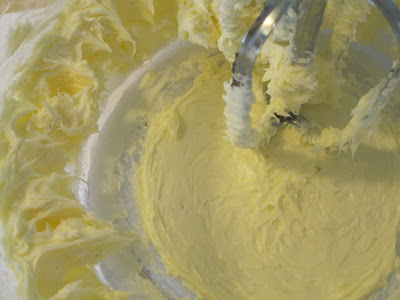 I whipped up some soft unsalted butter until it was fluffy.......
Black dots are vanilla bean seeds. 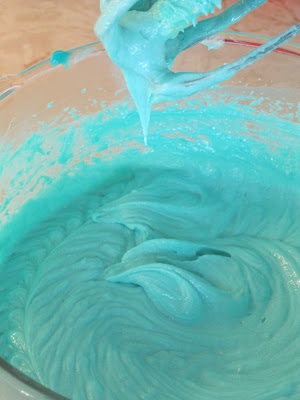 and beat the butter and the milk mixture together until it was light and icing like. 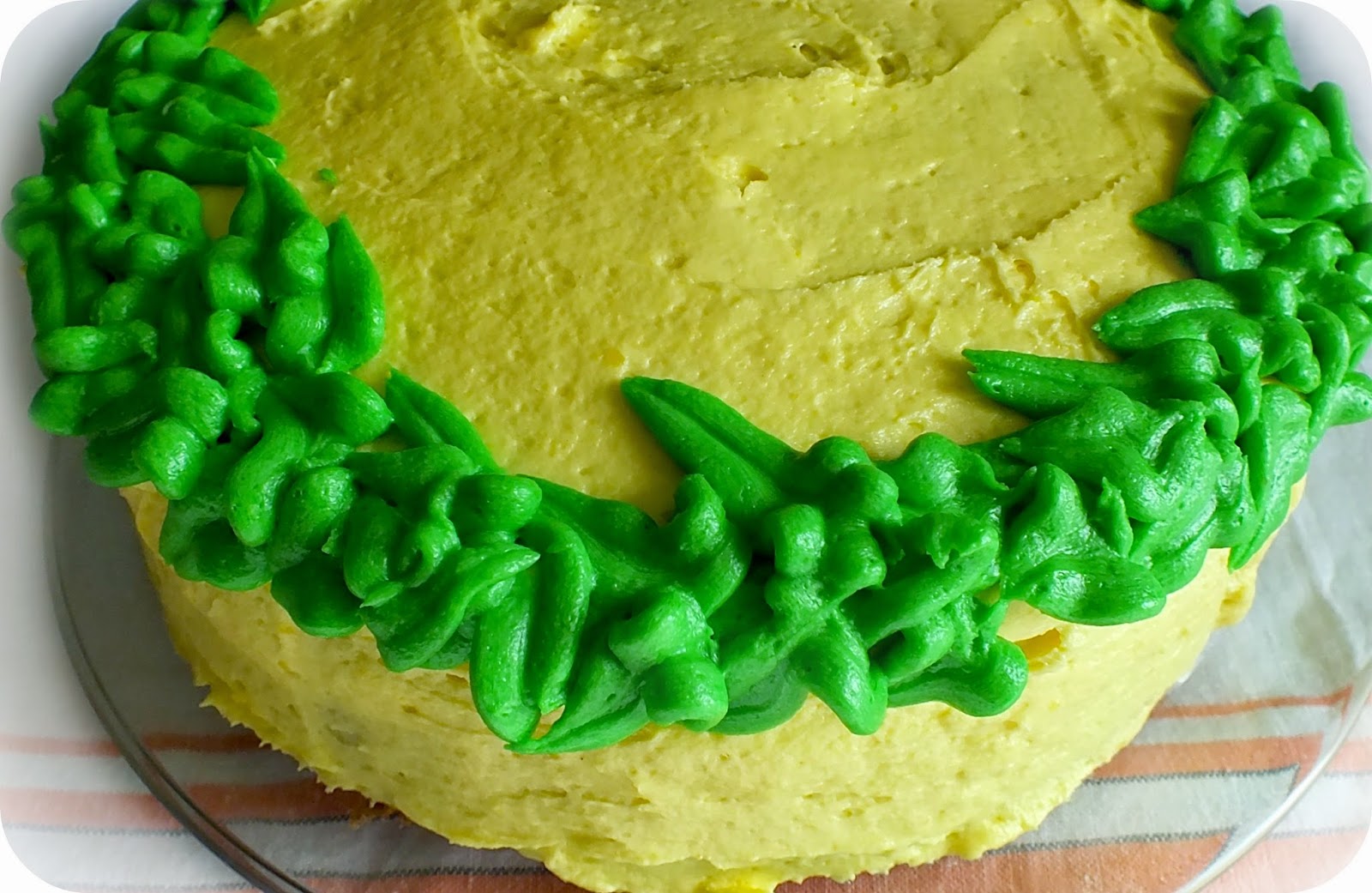