HAPPY HALLOWEEN!
We're having a great day decorating and cooking and thought we'd share some festive progress.
This year we decided to put all those pieces of pumpkin we cut from our Jack-O-Lanterns to good use. We baked some and boiled some and pureed it all into one delicious pumpkin base for soup and pie. 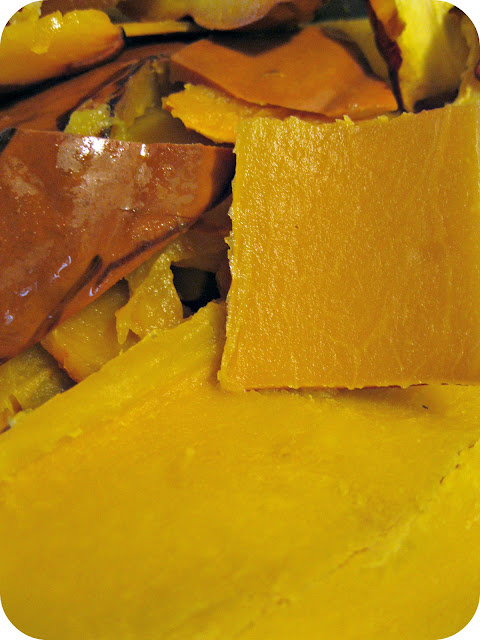 We baked some in a 350 degree oven for about 30 minutes until it was fork tender. We added some water to the baking tray and covered it with tin foil halfway through baking so it wouldn't get a skin. After it cooled we cut off the rind and mushed it all up. 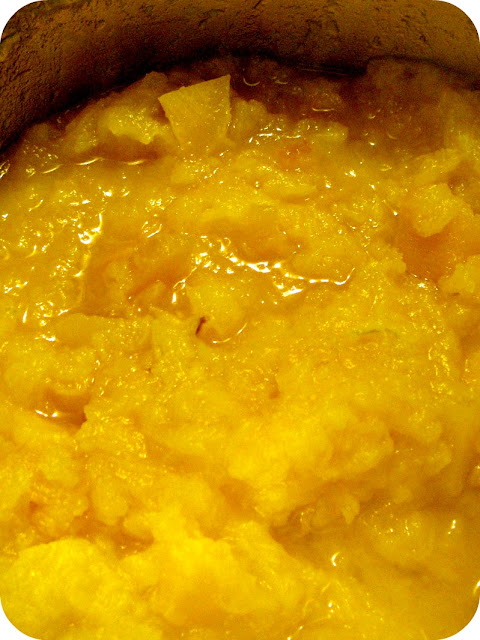 Here's the boiled cubed pumpkin after it was mashed with a potato masher. There was a heap of water left in there so I kept on cooking it until the water was all gone. 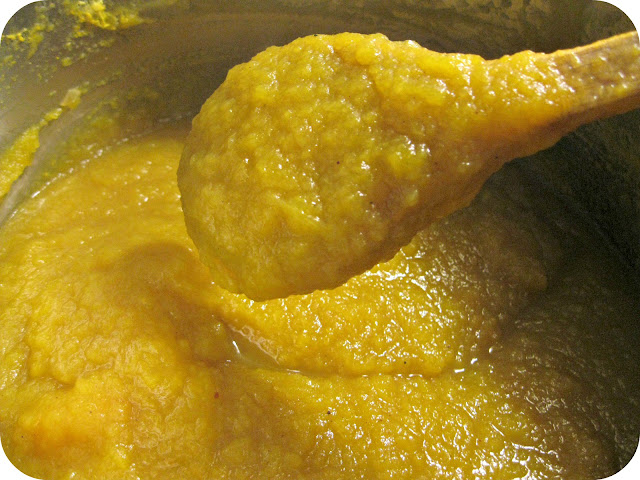 This is the finished puree. We mixed the two mashed together and added some allspice, cinnamon, ginger and nutmeg. I used the food processor to make sure all the lumps were out and added some good vanilla after it cooled a bit. 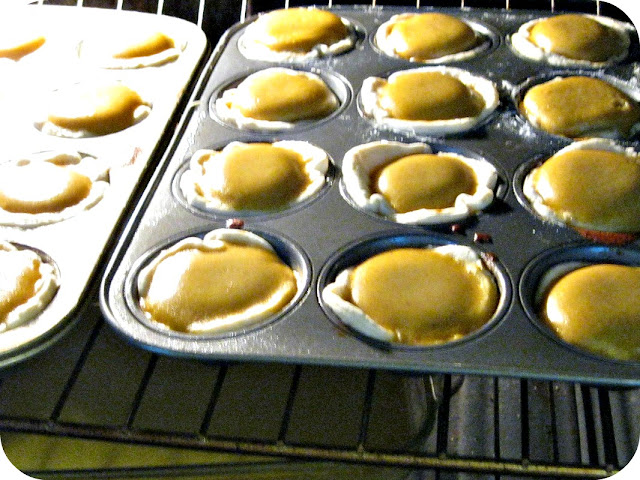 Found a standard pumpkin pie recipe in one of our cookbooks and did it up as tarts. 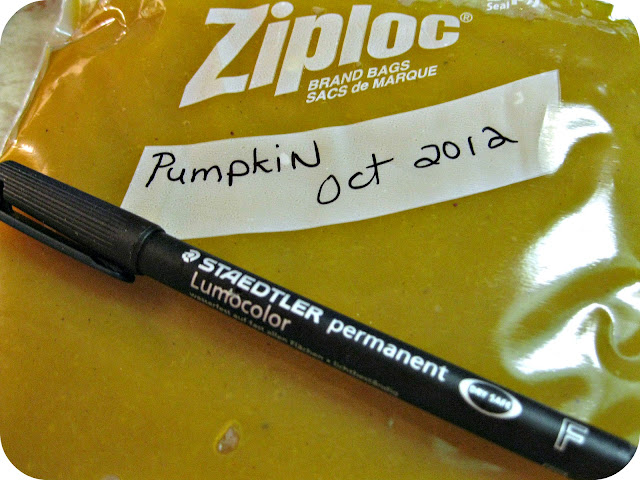 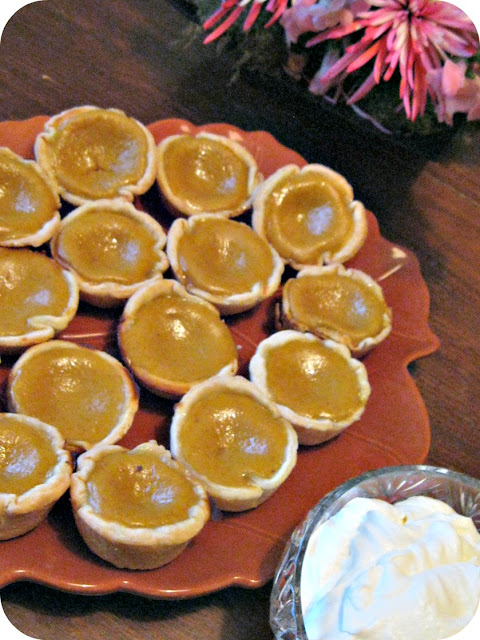 Here they are almost all cooled off with some whipped cream. 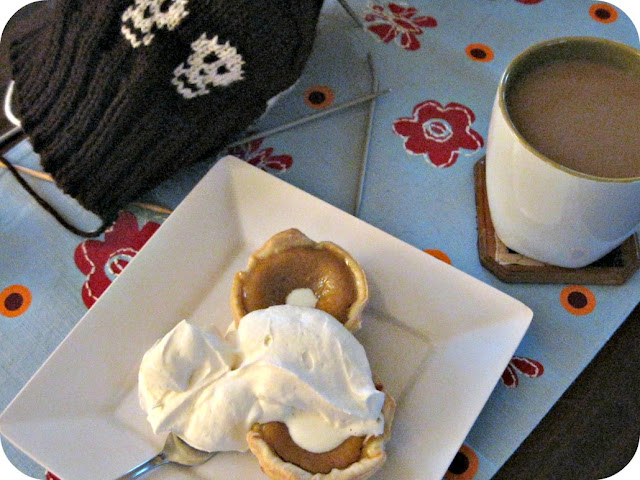 What a great Halloween treat.
Sat and waited for the trick or treaters and worked on some knitting.
I guess it's all over now till next October.
Hope you had a great night where you are.