I made a little pincushion today to take my mind off the fact that I still have three outfits half made and another three or four ready to go and no sewing machine. I think a piece has broken off and is lodged in the machinery somewhere. I pulled everything apart and cleaned it, I followed the T.N.T theory. T= thread, is it threaded correctly? N = Needle, is the needle dull or bent? T= Tension, have you adjusted the tension? I think I'm going to have to give her to the professionals to look after.
:(

I hand stitched a large part of my bathing suit top and had a hard time with pin cushion. It kept sliding around on the table. Very frustrating. So I decided it was time for one of these wrist pin cushions. 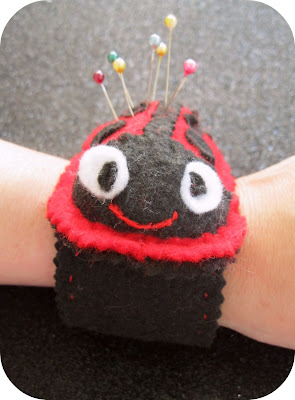 Here's how I made it.

Things you will need to make this wrist pin cushion: 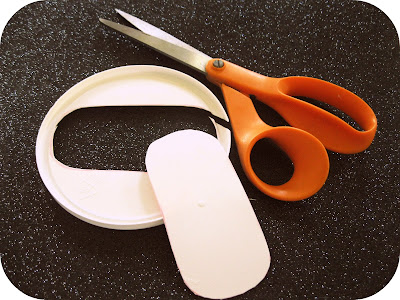 Cut an oblong shape that is about 1.5 inches by 3 inches from the lid of a plastic food container. 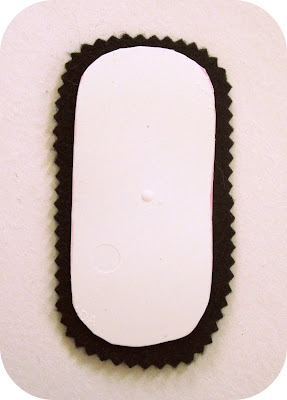 With your pinking shears cut an oblong of black felt that is a half inch larger than the plastic oblong on all sides. 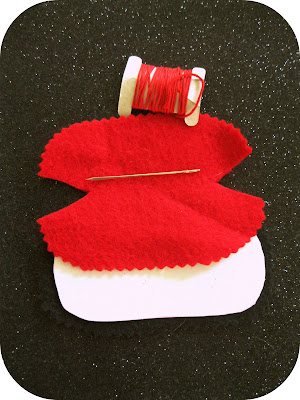 Make a red oblong that is one inch wider and a half inch longer than the black oblong. Cut two, one inch long triangles from each end of the red oblong. These are darts to make the red piece a three dimensional shape. 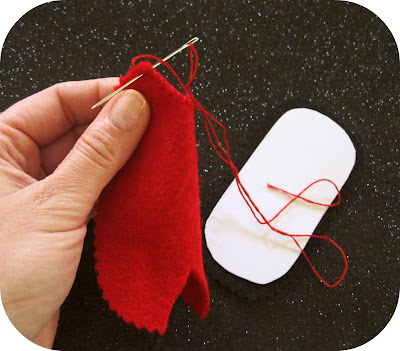 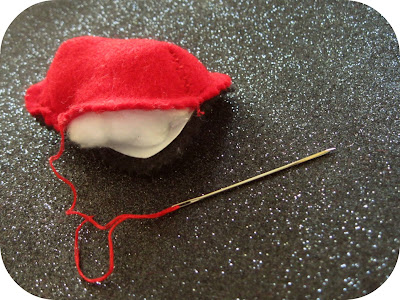 Flip the red piece inside out so the rough sewn edges are on the inside. sandwich the plastic piece in between the red and black pieces and sew around the edge with a quarter inch seam allowance. Stop when you are about an inch away from where you started sewing and stuff the piece between the red felt and the plastic with stuffing until it is firm. Continue sewing the piece until it is sealed. I used red thread but black would work also. 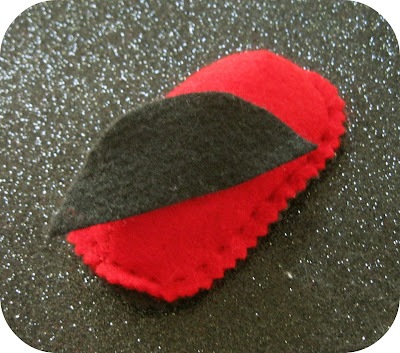 Cut a small half oval from the black felt. 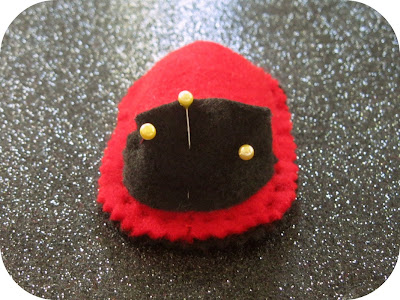 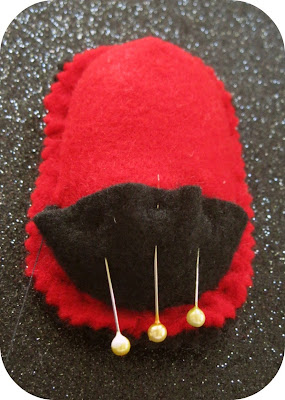 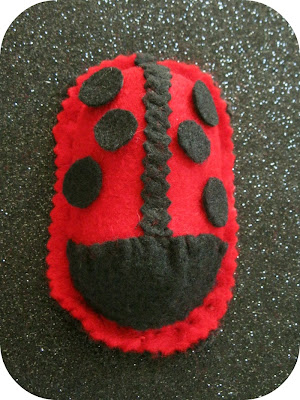 Add a middle stripe and some dots of felt and sew them in place using black floss. 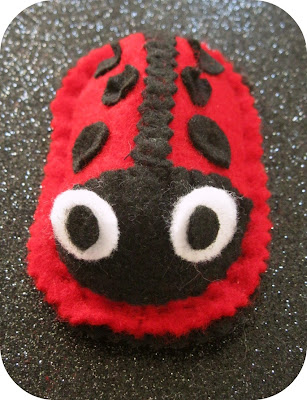 Add some eyes. I used white and black felt but sew on or glue on googlie eyes would be pretty cute too. 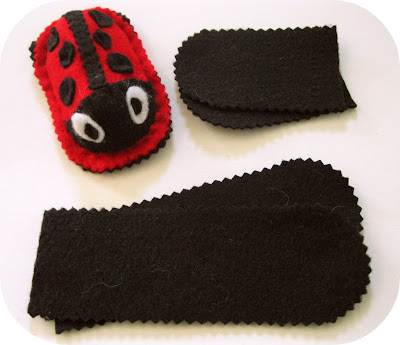 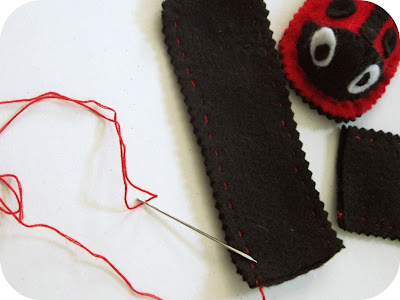 Sew the matching bands together around the edges. 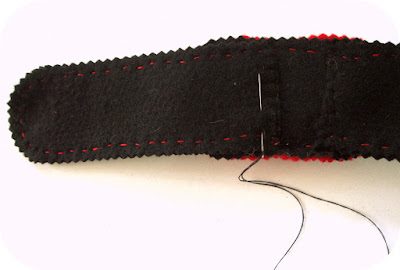 Sew the non-rounded ends to the bottom of the ladybug. 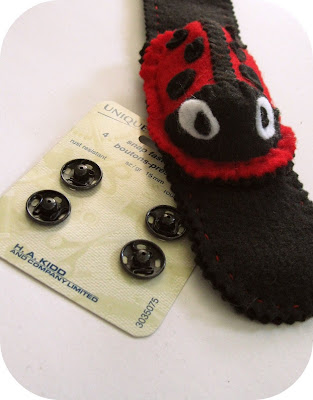 Add snaps or velcro to fasten the piece. 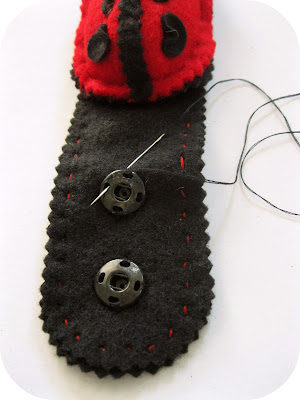 The plastic will keep the pins from stabbing your wrist. I think this little guy will stop any future frustration from skittering pin cushions. 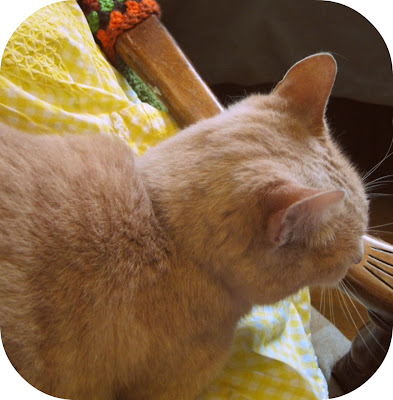 George helped a great deal by keeping my lap warm. Every time I removed him he crawled back up. It was easier to just work around him and nice to have the company.
Email ThisBlogThis!Share to TwitterShare to FacebookShare to Pinterest
This post may contain: sewing, tutorial